A new film explores legends of bizarre experiments and extraterrestrials contact at an Air Force base in Montauk, New York. 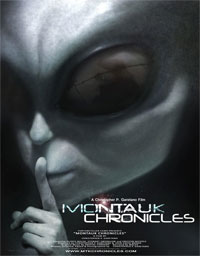 A new film explores legends of mind control, time travel, and other experiments in the presence of extraterrestrials that supposedly took place at an Air Force base in Montauk, New York.

The town of Montauk is located on the eastern tip of Long Island, New York. It was once home to the now-decommissioned Camp Hero, a former station of the U.S. Air Force. This base is haunted by tales of secret experiments that supposedly took place beneath its surface in the 1970s. These tales are explored in Montauk Chronicles, a new film by Christopher P. Garetano.

The general plot is explained on the film’s website:

Alfred Bielek, Stewart Swerdlow, And Preston Nichols all tell tales of experiments that were conducted on nearly one hundred thousand people over the course of about ten years. Kidnappings, murder, torture, time travel, mind control, and extra terrestrial contact are all said to have occurred at Camp Hero.

Montauk Chronicles is scheduled to be released on July 7th, 2011.