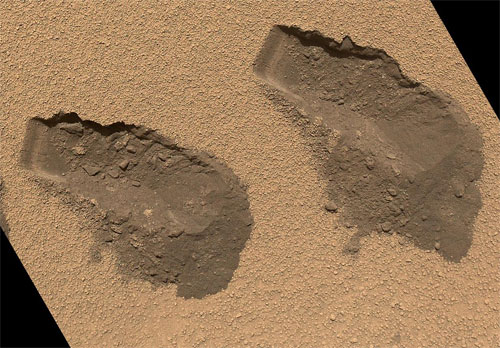 On Tuesday, November 20, Mars Science Laboratory Curiosity chief scientist John Grotzinger told NPR that an upcoming announcement about data from a recently collected soil sample by Curiosity’s Sample Analysis at Mars, or SAM, instrument would be “one for the history books.” This comment fueled speculation about the possible discovery of evidence indicating past or present life on Mars. 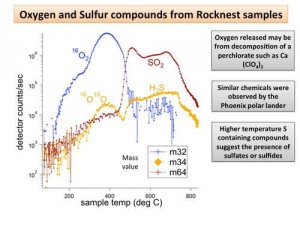 NASA announced the latest findings from its Curiosity rover on December 3 during a press conference at the annual meeting of the American Geophysical Union in San Francisco, California. Explaining the announcement, Space.com describes that Curiosity “found evidence of chlorine, sulfur, and water in Mars dirt studied by its onboard laboratory, as well as organic compounds (chemicals containing carbon) inside its Sample Analysis at Mars instrument.”

According to NASA officials, “The chlorine is of Martian origin, but it’s possible the carbon may be of Earth origin, carried by Curiosity and detected by SAM’s high sensitivity design.” Wired.com reports that Paul Mahaffy, SAM’s principal investigator, is trying to avoid fueling further speculation. He carefully stated, “We have no definitive detection of Martian organics at this point, but we will keep looking in the diverse environments of Gale Crater.”