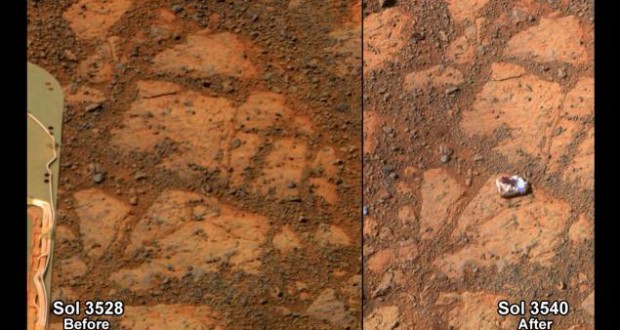 The plaintiff in a new lawsuit accuses NASA of failing to properly investigate an object on the Martian surface that he believes is alive.

In mid-January, NASA’s Opportunity rover photographed a mysterious object on Mars that had not been there when Opportunity photographed the same location just twelve days prior. Dr. Rhawn Joseph filed a petition for a writ of mandamus in a federal court on Tuesday, January 28 in which he requests that NASA “perform a public, scientific, and statutory duty which is to closely photograph and thoroughly scientifically examine and investigate a putative biological organism.”

NASA has already inspected the mysterious object. And as Popular Science explains, “For the record: NASA has identified it as a rock. A very special rock, with rare properties, even. But definitely a rock.” The organization believes this rock was simply kicked up by the rover.

However Joseph disagrees with the rock explanation. It is his belief that the “rock” was in that location the whole time. It just took time for it to grow enough to become visible to the rover. Joseph asserts in the suit that “The refusal to take close up photos from various angles, the refusal to take microscopic images of the specimen, the refusal to release high resolution photos, is inexplicable, recklessly negligent, and bizarre.”

Here is the filing: