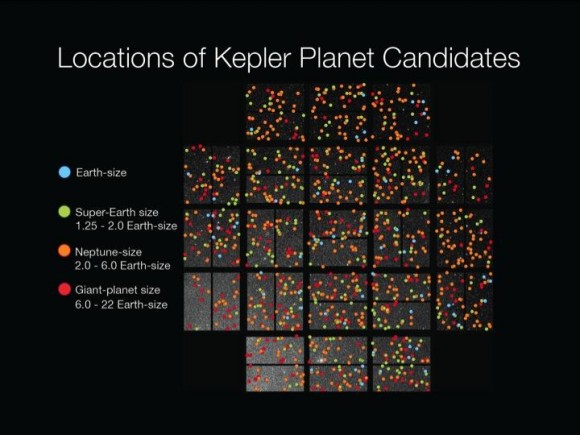 NASA’s Kepler telescope continues to discover previously unknown planets throughout our galaxy. Despite having been hunting for only a year, the Kepler telescope has discovered 1,235 possible planets outside our solar system. These latest numbers were announced by NASA on February 2nd. And while all of these discovered celestial bodies have yet to be confirmed as planets, Kepler chief scientist William Borucki estimates that 80 percent of them will eventually be verified.

Follow up observations will take place to confirm the preliminary results from Kepler, but these will occur over a period of several years.