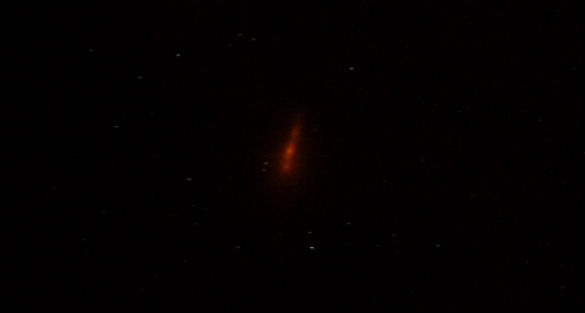 An OpenMinds.tv reader in Breaux Bridge, Louisiana spotted something odd in the night sky and was fortunately able to photograph it. The photos show a strange red blob in the sky he and his wife were able to see with the naked eye. 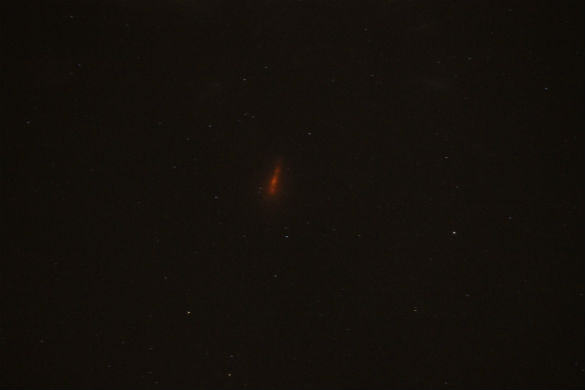 One of the four images provided by Malone. (Credit: Patrick Malone) 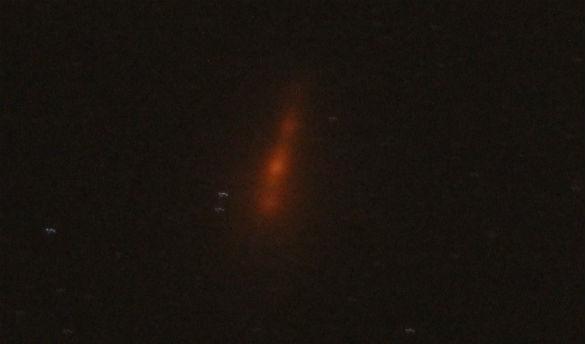 Closeup of the object in the above image. (Credit: Patrick Malone)

Patrick Malone says he and his wife were leaving the house when they noticed “a faint red blob” in the night sky above them. He decided to go inside and grab a camera. He then took several photographs with two different lenses using his Canon T2i DSLR camera. They watched the object for about 45 minutes. Malone says he was not looking at it, but his wife was, she was trying to get another picture, when it left. Via Facebook Messenger, Malone wrote that she said, “it did not fade it just disappeared.”

On the night of Wednesday September 13th, at about 10:00pm, my wife and I were about to leave our house in Breaux Bridge, Louisiana. Before getting in the truck I looked up in the sky and noticed a faint red blob directly above. I said to my wife, what in the heck is that? She looked up and saw it as well. We stared at it for about 10 minutes before I thought about attempting to take a picture of it with the dslr. The entire time it was in the sky it did not move or shift, it stayed directly above at about 90 degrees. It was at such a sharp angle all of the photos had to be taken free hand. I have included the best photos I have of this weirdism. All photos are directly off of the memory card and not edited, they were all taken with a cannon t2i. The pictures where the blob is zoomed out were taken with a Takumar 55mm lens and the blurry zoomed in photo is with a Vivatar 75-205mm. Both lenses are manual non-electric. All photos have about a ¾ second shutter speed so the blob is brighter in the photo than it was by the naked eye.

The pictures are fascinating. The object does look like some sort of celestial object, but it is awfully bright. Malone says a friend told him that a missile or spacecraft launch could look like this, but he was not able to find a records of such a launch on that evening. 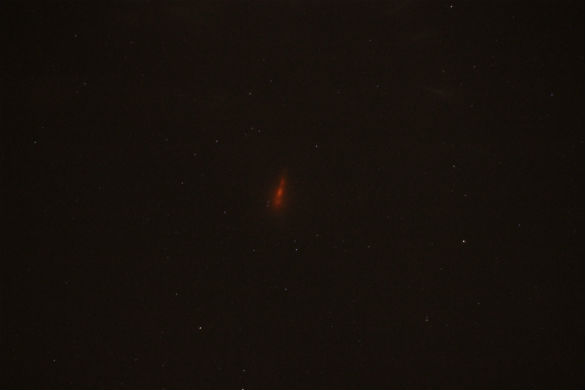 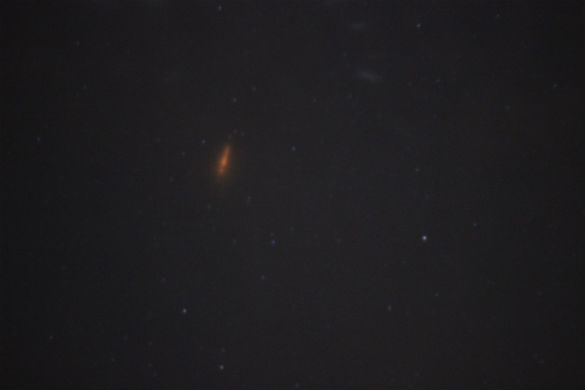 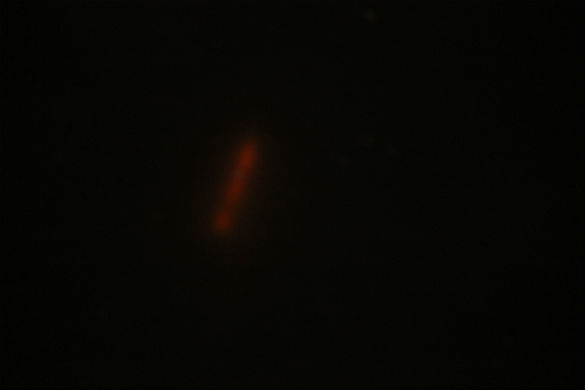 Malone says he does not know what it is, but would like help figuring it out.

I checked the website Heavens-Above.com to find out if anything was in the sky at the time, and there was a part of a Russian rocket — space junk — that circled overhead at about 9:24 pm, but that would look like a point of light crossing the sky, not a red blob. So, for now, at least for the Malones and I, the mystery continues.

If you think you know what it is, let us know in the comments below.

If you would like to analyze the original photos, they can be downloaded here.