In 2004, a town in northern Sicily experienced mysterious spontaneous fires that officials purportedly suspected were the result of alien activity. Now the mysterious fires have returned.

The fires are appearing in Canneto di Caronia, a town on the northern coast of Sicily. In 2004, the town had to be largely evacuated and dozens of experts were flown in to investigate. The power company cut off power to the town in order to stop the fires, but they continued.

Scientists, electrical engineers and the military all tried to figure out why the fires were starting, but no one could figure it out. According the UK newspaper The Telegraph, one scientist was amazed when “he saw an unplugged electrical cable burst into flames.” 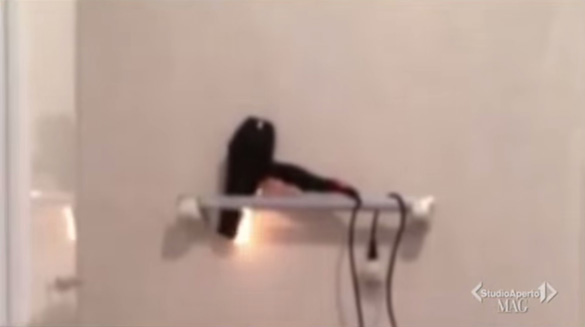 Eventually the fires subsided, but the Italian government spent years investigating them. According to The Telegraph, the investigation cost over $1 million, and included dozens of experts, including a NASA scientist. The newspaper also claimed that the officials concluded the most likely cause was aliens.

Now the fires have apparently come back. According to the UK newspaper Metro, the mayor believes them to be caused by “unknown electromagnetic radiation.” However, locals believe they may be caused by ghosts, witches, secret U.S. military tests of radiation weapons, poltergeists, rogue microwave transmitters, or perhaps even a young person with pyrokenetic powers, like in the Stephen King book made into a blockbuster movie, Firestarter.

A local council member, Vittorio Alfieri, has been investigating the fires. He says one television has burst into flames five times. He believes it is caused by “an entity which moves from one house to another.”

He said in an interview, “A house on the ground floor caught fire then it was the turn of objects on the first floor. Consequently, the fire moved to the nearby house. It was like it was moving.”

In 2004, the Vatican’s chief exorcist Father Gabriele Amorth said he thought the Canneto di Caronia fires were caused be demons. He said, “I’ve seen things like this before. Demons occupy a house and appear in electrical goods. Let’s not forget that Satan and his followers have immense powers.”

Last year Discovery TV posted a vignette on the fires for their TV show The Unexplained Files. In it, they interview Antonio Spinnato, a local who suspects UFO sightings in the area are related to the phenomena. He says he caught UFOs on film following military helicopters.

He also says one night he and some friends were attacked by the UFOs. He explained, “We saw strange lights going up towards the sky in a really bizarre way.”

He says he then felt a burning sensation and the next day he had burns on his arm and forehead that he says looked as if he had been zapped by a laser. His friends also had burn marks.

For more insight into the Canneto di Caronia fires, I contacted Italian UFO researcher Paola Harris. I have seen her discuss the incident in lectures and she was able to share additional information.

Harris says that when the events started she spoke with a man in the Italian Navy who worked in intelligence in Rome at the Italian Navy Academy. Harris says, “He told me spheres of light were coming out of the water and it was pretty terrifying, that I should not involve myself.”

According to Harris, houses were self combusting, cell phones would auto recharge, electrical appliances were malfunctioning, even after the power was turned off. People were moved out of the town and cameras were placed everywhere. She says no one was hurt, but people were witnessing balls of light in broad daylight. They began to believe there was an underwater UFO base off of the coast.

Paola says, just like the official report, the man she spoke with also believed UFOs were related. 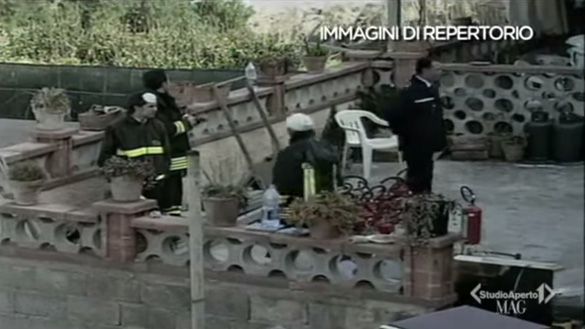 According to the report by the Italian government, the fires were “caused by a high power electro magnetic emissions which were not man made and reached a power of between 12 and 15 gigawatts.”

They also cited a case of a possible UFO landing where “burnt imprints which have not been explained were found in a field.”

Sicily’s Civil Protection chief Francesco Mantegna Venerando, who coordinated the report, said, “This is not the final report. We are still working on our conclusions and this has been leaked.”

He continued, “We are not saying that little green men from Mars started the fires but that unnatural forces capable of creating a large amount of electromagnetic energy were responsible.”

Now that the phenomena has returned, perhaps more can be learned about the nature of the mysterious fires, and hopefully they will not claim their first victim.

If you would like to talk to Paola Harris in person about these strange lights, you can see her lecture at her Starworks Conference in Laughlin, Nevada in November. For more information visit StarworksUSA.com.