Home / Featured / Multiple UFOs streak through the sky above Leicestershire 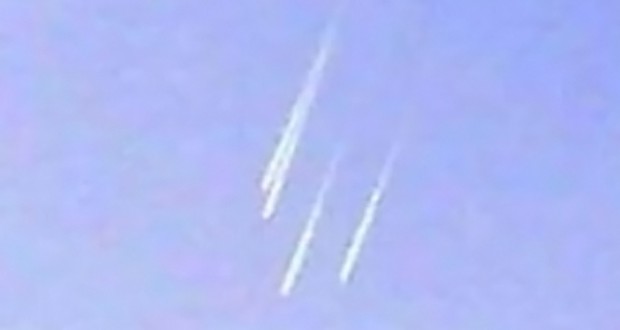 Multiple UFOs streak through the sky above Leicestershire

A witness photographed four UFOs flying together over the English county of Leicestershire on Thursday, December 11.

The witness, Sam Green, first noticed two UFOs in the sky at approximately 2:00 p.m. “When I looked away and looked back they were gone,” he explains. “I thought ‘that’s strange.’”

But, according to Green, four UFOs appeared in the sky thirty minutes later. He grabbed his camera and took three photos of the unidentified aerial objects. “They seemed quite close together and it looked like two of them almost collided as they crossed paths,” he describes. Green doesn’t believe the speed and trajectory of the UFOs he observed are consistent with conventional aircraft. 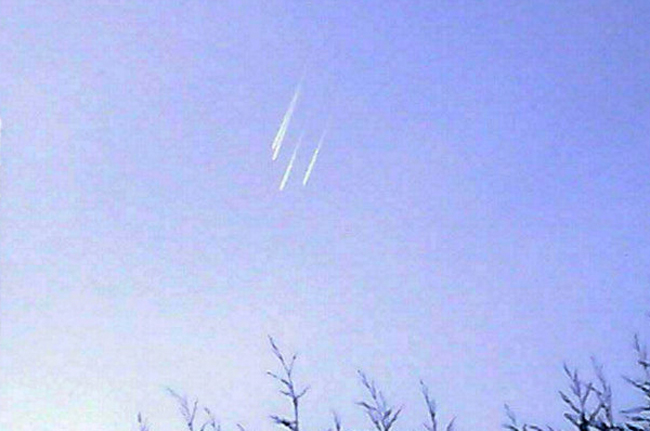 Green sent his photos to local media outlet the Leicester Mercury with the hopes of getting some help identifying the UFOs.

The Leicester Mercury published a story about the photos and the sighting on December 13. Naturally, many readers left comments in response to the story in which they confidently claim to know the identity of these aerial objects. One reader commented, “Was it not reported they’d be visible shooting stars above Leicester through the night? Oh LM you do need new reporters.”

The Geminids meteor shower was taking place on the day of the sighting. And the weather in Leicestershire reportedly provided skywatchers with prime viewing conditions.

So the Leicester Mercury contacted Dr. Nigel Bannister from the University of Leicester’s Department of Physics and Astronomy to see if the meteor shower could explain the UFOs in Green’s photos. “It’s unlikely they are meteors, or parts of a meteor, simply because the trails are not uniform,” he opines. Dr. Bannister also states that he doesn’t believe the objects are space debris because, after checking re-entry logs, he determined that “there was nothing predicted, or otherwise observed, for a space reentry for that date.” 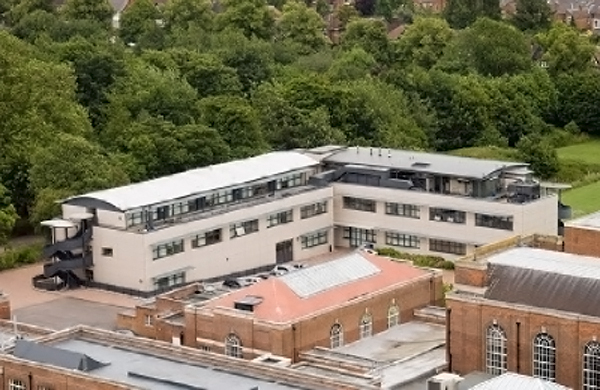 Others who posted comments in response to the Leicester Mercury‘s story suggested that Green captured nothing but conventional aircraft in his photos. “Bloody planes going over, anyone can see that,” suggests one reader. Another comments, “It’s aircraft. They passed over Kendrew Barracks in Rutland travelling together. They turned 180 and headed west then half hour later they came back east in a different formation.”

Although Green doesn’t believe he observed conventional aircraft, Dr. Bannister agrees with those who do. “They’re most likely military jets,” he opines. Continuing, he states, “The streaks look very much like contrails, or vapour trails, and I suspect they are high altitude aircraft.” Even Green notes, “Where we were is on a flight path and you often get planes and helicopters flying over from Leicester Airport.”

The suggested aircraft identification is plausible. But, without definitive confirmation, these photographed aerial objects remain unidentified.