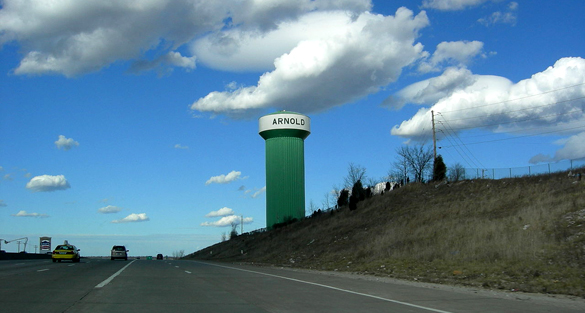 A Missouri witness at Arnold reported watching a hovering, triangle-shaped UFO with unusual lighting, according to testimony in Case 78485 from the Mutual UFO Network (MUFON) witness reporting database. 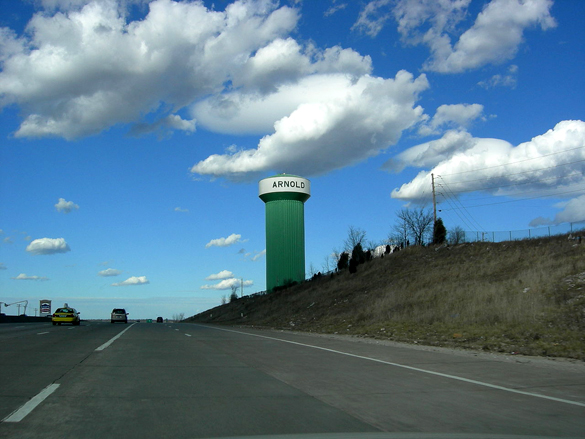 “Driving home from my parents after a barbeque, the object was first observed by my son,” the witness stated.“As we were turning onto the street where we park, my son excitedly yelled, ‘Dad, look, a UFO!’ I assumed he just seen a plane or a firework, but the object he had seen caught my eye looking straight above, out of my car’s windshield.”

The object was moving in the same direction as the witnesses’ car, so he continued driving in order to park and get a better look. 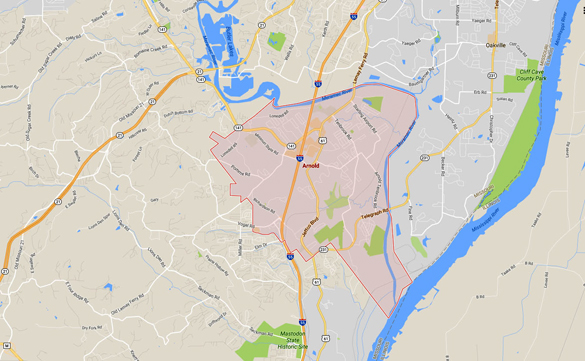 The object was hovering just 12 to 15 stories off of the ground and made no sound over Arnold, MO. (Credit: Google)

“This object was flying low, but I would say it was about 10-15 stories high. It had a triangle-like shape with very unique lights at three points, with a unique glowing pulse. I was driving about 20 mph and about ready to pull into my parking spot, and the speed of this object seemed to be slightly faster. The reason I say this is because as I pulled in to get out and get a better look, the object hovered steadily with no noise heading northwest bound. Looking at Google Maps, and the direction of the object, if it had continued in the same direction, it looked to be going toward Tesson Ferry near St. Anthony’s hospital.”

There was another witness.

“My wife was also in the car and she also saw the object, but was not sure what it was. My initial thoughts were possibly a drone? It just seemed way too big for anyone to fly whatever it was remotely. It also made absolutely no noise. The way that this thing hovered or flew, was very ominous and for the moments we observed it, I felt uneasy. I have never seen anything fly like this thing was flying, and I wanted to post this to see if anyone else had seen this object. I searched online for any similar sightings, since it had been the 4th of July weekend. I figured many people were watching fireworks and possibly observed this thing. Very unusual object!”

Missouri State Director Debbie Ziegelmeyer investigated and closed this case as an Unknown. 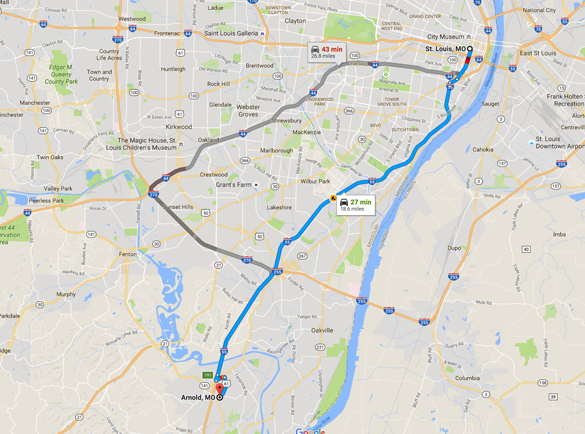 “We have had numerous reports in a 5-mile radius of triangle-shaped craft flying low,” Ziegelmeyer stated in her report.

Arnold is the largest city in Jefferson County, MO, population 20,808. No images or videos were included with the MUFON report, which was filed on August 21, 2016. Arkansas MUFON Chief Investigator Jerry Cabiness is investigating. Please remember that most UFO sightings can be explained as something natural or man-made. The above quotes were edited for clarity. Please report UFO activity to MUFON.com.