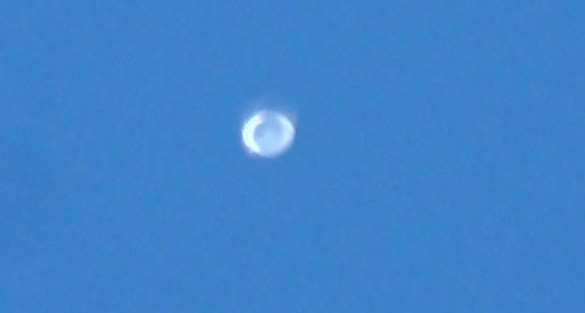 A Missouri witness at O’Fallon reported watching and photographing a sphere-shaped object that was hovering and slow moving overhead at an undetermined altitude, according to testimony in Case 79276 from the Mutual UFO Network (MUFON) witness reporting database. 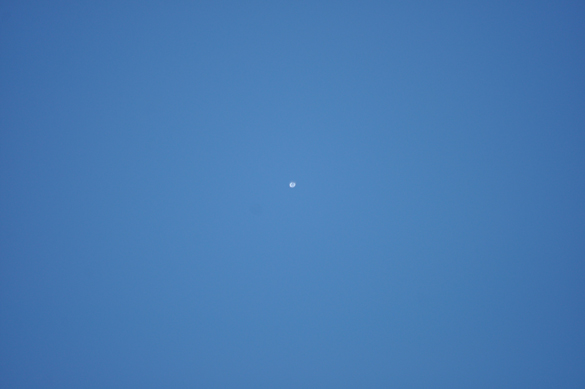 The reporting witness and his wife had a similar experience about one month ago, but were unable to capture the object with a camera. At 4:30 p.m. on September 19, 2016, a similar object appeared in the sky and the witness was able take photos.

“We were relaxing outside on our patio and I looked up,” the witness stated.“There was a white dot in the sky. It was pretty much stationary. I asked my wife to get my camera. It had not moved and I went back in to get my telephoto lens. A 55 to 300mm zoom. I took several pictures of the object.” 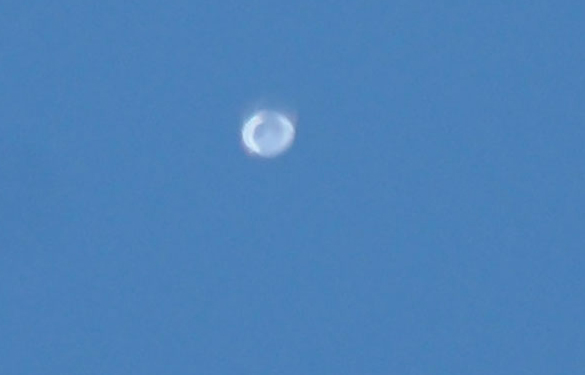 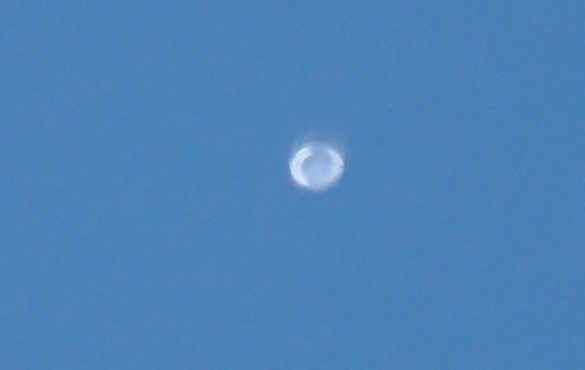 The witness could not determine the object’s size or altitude.

“Not having anything for size reference I could not determine the altitude that it was at. The sky was perfectly clear and what struck me interesting was that there was no air traffic the whole time we were outside. We were outside for approximately 45 minutes. We went into the house to prepare dinner. I checked on it several times and it was still visible. So the entire time it was directly overhead was probably an hour. I stopped looking at that time.” 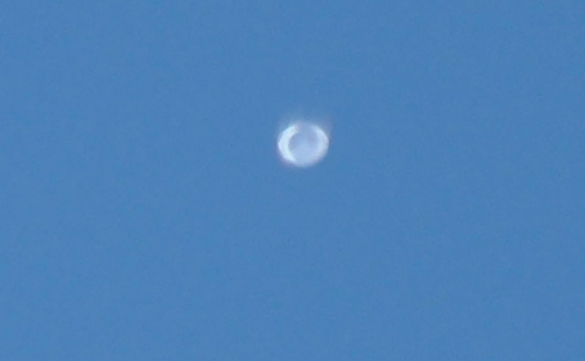 “It was silent and appeared to be stationary. It did move from the west to the east over the hour we watched it. If I were to estimate the distance it traveled in that timeframe, I would put it at one to two miles at the most. Our dogs were outside with us and showed no behavior change or even sensed what we were seeing. I used a Nikon 12 MP camera with the telephoto to take the pictures. I probably shot over 100. It was just so slow moving that I took several in hopes of getting some clear images. I thought it might have been a weather balloon. It moved so slowly that I felt it probably wasn’t a balloon. I am attaching several pictures for your review. Maybe it’s a balloon…maybe not.” 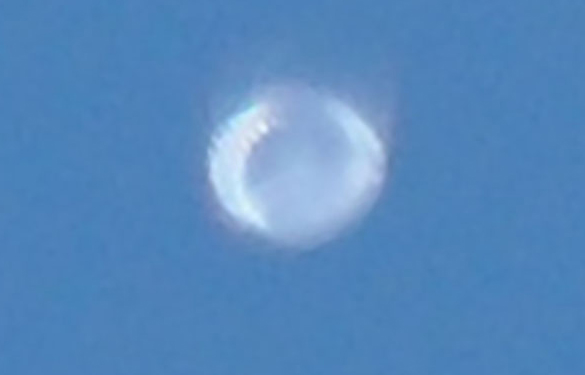 O’Fallon is a city along Interstate 70 and Interstate 64 between Lake St. Louis and St. Peters in St. Charles County, Missouri, population 79,329. Missouri Chief Investigator Joe Palermo is investigating. The witness provided five images with the MUFON report, which was filed on September 19, 2016. Please remember that most UFO sightings can be explained as something natural or man-made. The above quotes were edited for clarity. Please report UFO activity to MUFON.com.