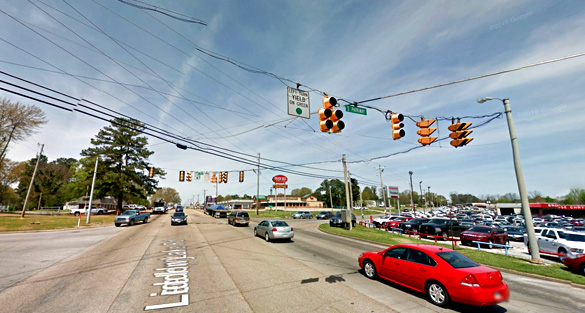 A Mississippi witness at Corinth reported watching a white, cigar-shaped UFO that appeared to be spinning and hovering at altitudes under 500 feet, according to testimony in Case 76343 from the Mutual UFO Network (MUFON) witness reporting database. 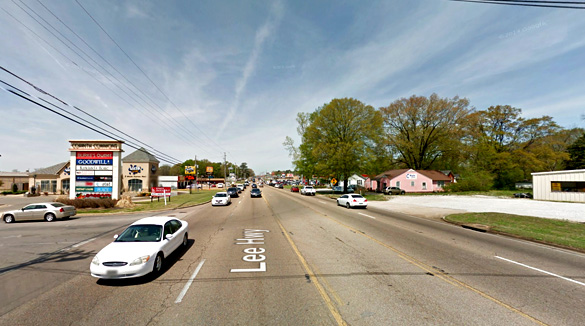 The witness was driving home from work on May 13, 2016, along Highway 72 when the UFO was first spotted. Pictured: Highway 72 in Corinth, Mississippi. (Credit: Google)

The witness was driving home from work westbound along Highway 72 at 11 a.m. on May 13, 2016, when the incident occurred.

“As I approached CR 735 to make a right turn I noticed a hyper white object in the sky,” the witness stated.“I pulled my car over and got out to observe it. The sky was almost perfectly clear with a few light sparse clouds. The object stood out.” 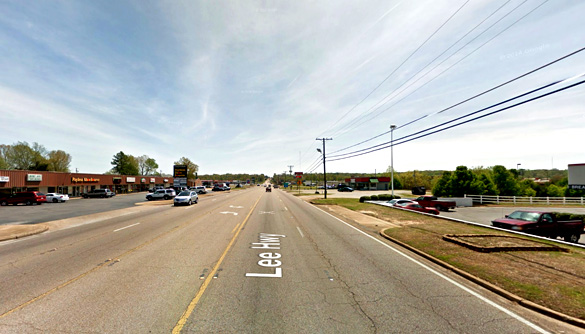 “I stood perfectly still and observed a cylindrical object with rounded corners (tic tac shape) spinning slowly. It widened as the sides faced me and dimmed as the edges faced me. I moved so that the object was sitting directly above a power pole. This let me see that it was perfectly still while spinning on its horizontal axis. It remained locked on its position for over three minutes and then slowly descended while moving north. It remained spinning without ever slowing or speeding up. It continued to descend until it dipped below the tree line and I lost sight of it.”

The witness took three images, but these were not included with the original report, which was filed on May 13, 2016. 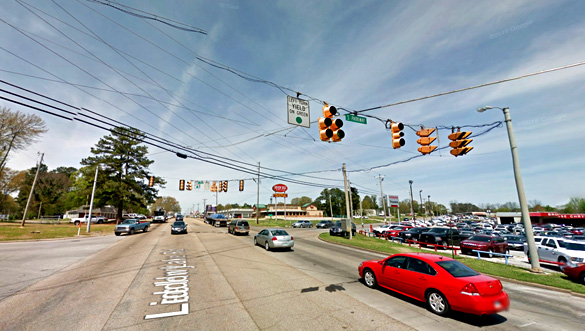 The object began to drop until it could not be seen anymore. Pictured: Highway 72 in Corinth, Mississippi. (Credit: Google)

“None show the object as it was hard to see the screen to aim the shot while the sun was shining on it. The object seemed to spin at about 50-60 rpm which is why the pictures may not have captured it as it was turning and not very visible as the edges faced me.”

Mississippi MUFON Field Investigator Karen King is investigating. Corinth is a city in and the county seat of Alcorn County, Mississippi, population 14,573. Please remember that most UFO sightings can be explained as something natural or man-made. The above quotes were edited for clarity. Please report UFO activity to MUFON.com.