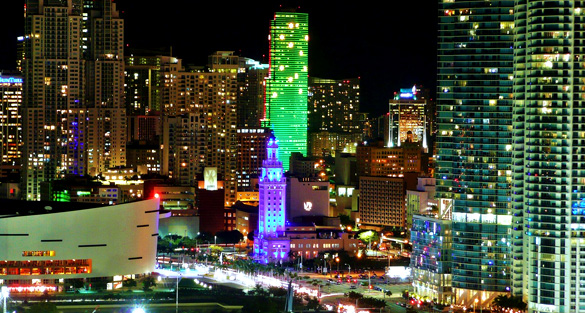 A Florida witness at Miami recalled events from 1997 when a disc-shaped UFO hovered above the family car on their driveway and paralyzed both he and a neighbor, according to testimony in Case 72326 from the Mutual UFO Network (MUFON) witness reporting database. 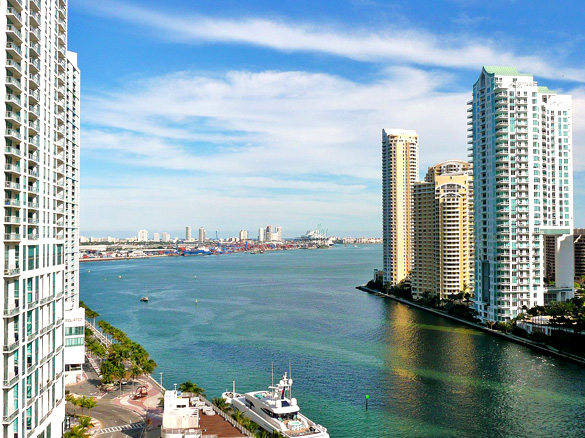 When the two young witnesses noticed the object hovering above, they were unable to move. Pictured: Miami, Florida. (Credit: Wikimedia Commons)

The reporting witness was 12 years old on December 24, 1997, and a neighbor was a few years older.

“It was Christmas Eve and we were sitting on top of my mom’s beat up Oldsmobile on the trunk leaning up against the back windshield looking up at the sky,” the witness stated.“We were talking while our parents and family were inside enjoying the party.”

The neighbor noticed a red light that he thought was shining from inside the car.

“He was surprised that she had placed an alarm on such a beat up vehicle that wasn’t even able to run. At that moment as we were both looking inside the car he turned around and froze while staring up at the sky.”

The witness tried to speak to his neighbor, but the young man was not reacting.

“At that moment I looked up above us and realized that the red light was in actuality a reflection of a giant craft hovering above us. The object was smaller than the roof of my family’s four-bedroom house, but larger than the car we sat atop. I would estimate it was around 20-30 feet long and circular in shape. A dull gray-colored saucer now hovered over us with a red circular light that shined down upon us.”

The witness said the saucer-shaped object was close enough that he could have stood up on top of the car and touched it. 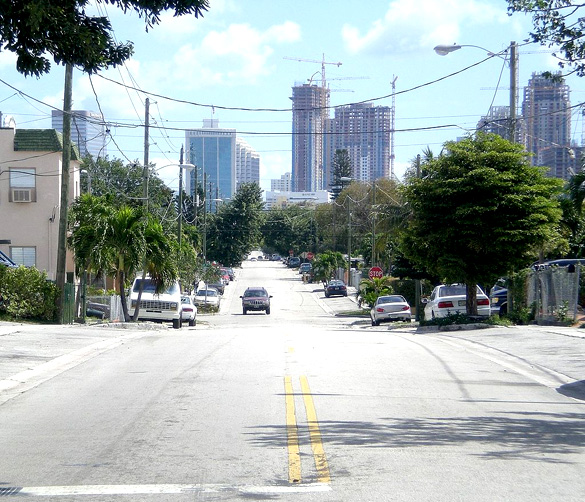 The object was shining a light down on them. Pictured: Miami, Florida. (Credit: Wikimedia Commons)

“There was no sound and I knew I’d never seen anything like it in my life.”

The witness then realized that he was unable to move.

“My neighbor and I were paralyzed. I couldn’t scream or yell. I could however look around and see that my friend was not moving either, and that my eyes were able to move. At the moment I began to pray, as I was raised Catholic and through pure force I was able to disconnect myself from the hold that the light had on us and the power was so great that I fell off the car and landed on my knees and hands.”

At that moment the light was no longer shining a beam on the boys and the neighbor was able to move. The neighbor yelled to the witness asking him to run inside and get help. 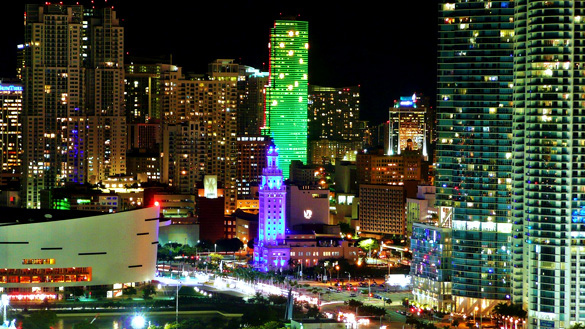 None of the other family members responded quick enough to see the object before it moved quickly away. Pictured: Miami, Florida. (Credit: Wikimedia Commons)

“I ran towards the house. Our front lawn was very long and before I reached the door, the craft had begun to rise slowly. I was able to see a slight edge to the craft and nothing else. I ran inside and started telling everyone that there was a UFO outside and that they should come look, but nonone listened. I ran back outside because no one was paying attention to me and I didn’t want to miss what it would do. I ran outside and my neighbor now stood next to the car directly underneath the saucer as it continued to rise high into the air. I ran inside again and no one once again listened, and at this time the craft was so far up in the air that it seemed the size of a basketball. Finally, my neighbor ran inside and told my family to come see an emergency. As everyone started to come outside the object was now the size of a star and as they stepped outside it sped out horizontally like a shooting star.”

Florida MUFON State Section Director John A. Gagnon is investigating. Please remember that most UFO sightings can be explained as something natural or man-made. The above quotes were edited for clarity. Please report UFO activity to MUFON.com.