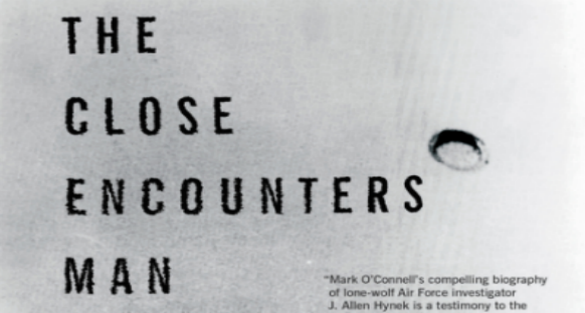 Open Minds UFO Radio: Mark O’Connell is the author of The Close Encounters Man: How One Man Made the World Believe in UFOs, a biography of astronomer Dr. J. Allen Hynek. Hynek was a consultant to the U.S. Air Force’s official UFO investigations in the late 40s to the late 60s. A skeptic at first, Hynek went on to become a proponent of serious research into the UFO phenomenon. Mark is also a screenwriter, teacher, and blogger. He wrote episodes for Star Trek: The Next Generation and Star Trek: Deep Space Nine, and has developed feature film projects with major studios, including Walt Disney and DreamWorks Animation. He is also the founder of the UFO blog High Strangeness. He lives in Wisconsin with his wife, Monica, and teaches screenwriting at DePaul University in Chicago.

In this episode of Open Minds UFO Radio, we talk to Mark about the upcoming History Channel series Project Blue Book. The series uses Hynek as a main character. Although it is fictionalized, this X-Filesesque program will be structured around real UFO investigations conducted by the U.S. Air Force.

For more about Mark visit his blog at www.HighStrangenessUFO.com.

His book can be purchased on Amazon.com.