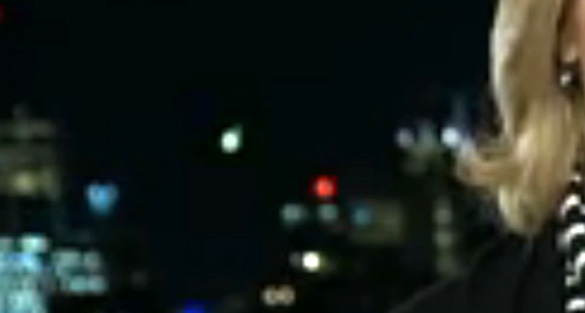 Internet users and viewers of Montreal’s TVA News spotted a strange light behind weather forecaster Colette Provencher as she delivered the weather last night from the roof of their building in downtown Montreal. Some suspected the object was responsible for a fire at a nearby farm.

The news broadcast was at 10:37 pm. In the video, Provencher has a beautiful night time landscape of Montreal behind her when, suddenly, a green orb comes shooting out of the sky. TVA News notes that it appeared bight green and changed to orange as it went out of view over the horizon. Viewers were left wondering what the heck the bright orb was.

A close-up of the object can be seen above. The following sequence of pictures was posted by TVA News. 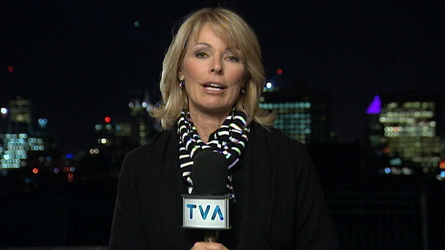 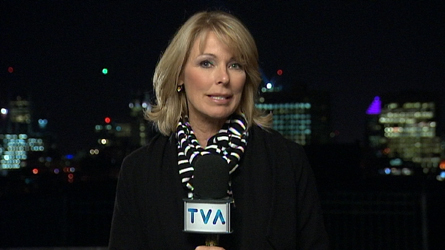 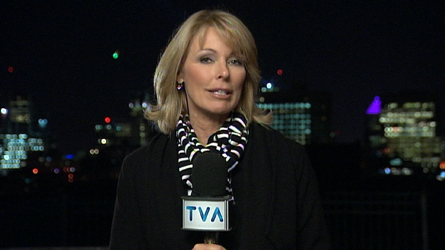 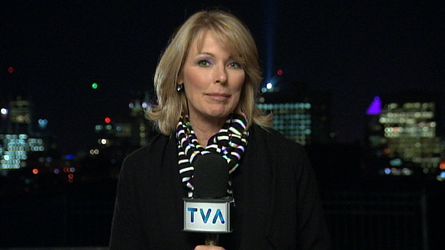 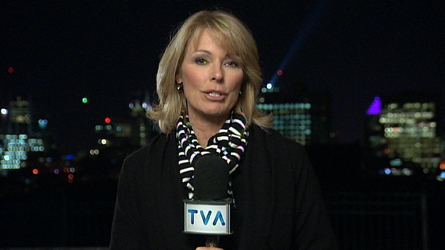 Then the news came of a fire at a farm in nearby Saint-Isidore parish in Montérégie, Quebec. Speculation began that the two events were related. However, TVA was able to confirm with the police that the fireball was not responsible for the fire. The police says the fire was electrical in origin.

That still left the question of what went shooting through the sky during the weather forecast. For that answer, TVA turned to Sebastien Giguere, scientific and education coordinator for the Mont-Mégantic Observatory AstroLab. He told TVA News (translated by Google), “What I have witnessed on the weather sequence, it looks like a big shooting star, a big meteor. Shooting stars, they’re every day of the year.”

As for the color of the object, Giguere says, “The color depends on shooting stars when their metallic composition and there is air in the atmosphere. The gases can heat up and emit colors. Often the blue green, this is due to magnesium.”

TVA News also asked if it was possible for a shooting star to cause a building to catch on fire. Giguere says, “It’s not impossible, but often meteors disintegrate at 50 km, 100 km of altitude.”

Apparently, this UFO mystery is solved. However, it did make for some spectacular video. The video can be seen at the TVA News website.