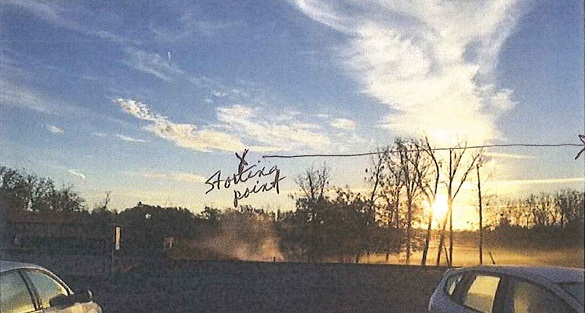 A Missouri witness at Clinton reported watching a “fluid UFO” moving along at the treetop level, according to testimony in Case 80245 from the Mutual UFO Network (MUFON) witness reporting database.

“It was very dark outside and pitch black,” the reporting witness stated.“There was not enough light from the building lights on the exterior to illuminate anything. Suddenly we noticed something moving about 100 feet away.” 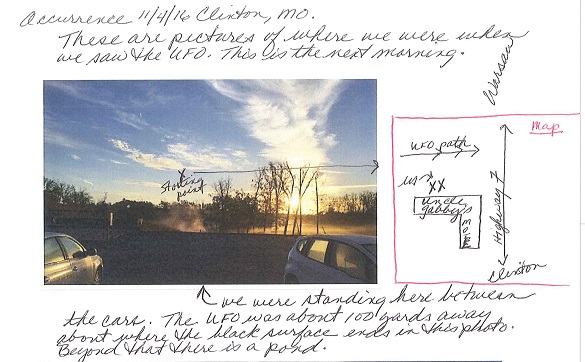 “It was a silvery silhouette of an object in a checkmark shape which had very fluid movement and changed shape several times. There was no sound, and it was located very low in the sky, just above the tree line approximately 100 feet from where we were standing. It was a white/yellowish color, very smooth movement.”

“The object was located in the east at first, and then moved in a straight-line path to the southeast. We watched the object for approximately one minute or so, long enough to get a good look at it. The object did not move like a flock of birds. It did seem like there were multiple objects. There were no lights. Coyotes’ stopped howling at that time, and it was very quiet. We sensed no vibration. The animals resumed making noises after the object disappeared. The object just disappeared. It did not move off out of sight. The size was about two car lengths long. It would take a 12-inch ruler held at arm’s length to cover it up.” 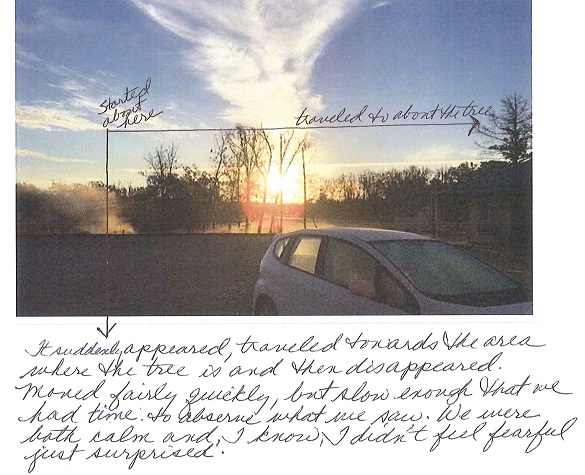 Missouri Assistant State Director Margie Kay investigated this case and closed it as an Unknown.

“The two witnesses were visiting outside and skywatching in the evening when they noticed this object, which was very close to them,” Kay stated in her report. “They described it as ‘difficult to describe’ as neither had ever seen anything like it. They said that it kept changing shapes, was very fluid in movement, had sections to it, and moved kind of like a ribbon or serpent, and at times appeared to be reflective, although they thought that the lights from the motel could not have been a source of light for the reflection. It was very dark outside and neither could see any lighting coming from anywhere except from the motel. Both witnesses said that the object had no lights on it whatsoever, and that there was no sound or vibration, and that it was the strangest thing they ever saw.The motel manager sent me a text and she said that she saw a UFO in the exact same location six years ago. By their description, this is not a known aircraft or blimp, or birds. I believe it to be an unidentified object.” 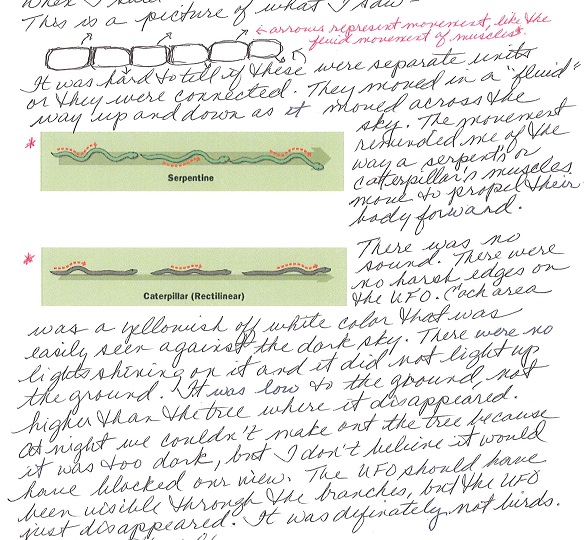 Clinton is a city in Henry County, Missouri, population 9,008. Please remember that most UFO sightings can be explained as something natural or man-made. The above quotes were edited for clarity. Please report UFO activity to MUFON.com.