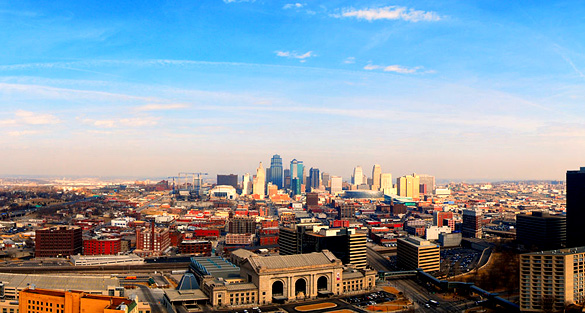 A Missouri witness at Kansas City reported a low flying, triangle-shaped object that appeared to be a commercial plane about to crash, according to testimony in Case 69358 from the Mutual UFO Network (MUFON) witness reporting database. 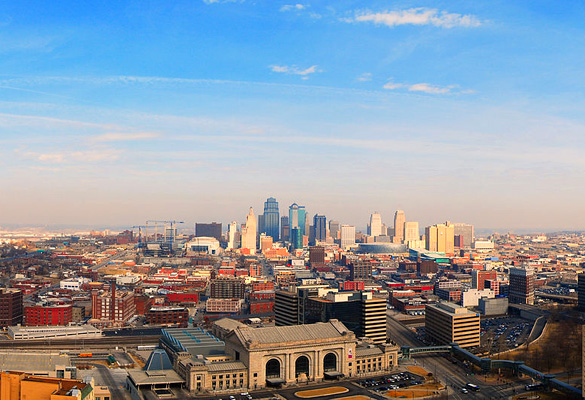 The witness first spotted a “very bright light” moving over nearby Liberty while driving south along Route 169 near the Vineyard Church on August 14, 2015.

“It looked like it was moving really fast in a northeastern direction – but it was going way too fast and it was far too low,” the witness stated. “There is an airport in that direction so I blew it off, but then it stopped dead just a little south of Staley golf course.”

The witness tried to shrug it off thinking that maybe the light was an LTE tower.

“It remained stopped until I got just past the 435 on-ramp to 169. In the time it took for me to make it to the middle of the Shoal Creek exit, it had covered so much ground, was so bright, and so low that I was sure it was a commercial plane about to crash.” 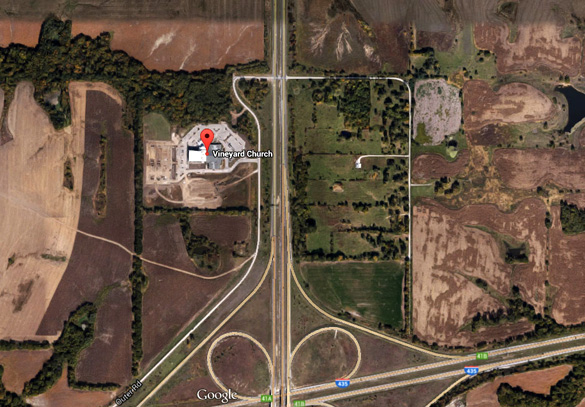 The witness was driving along Route 169 near the Vineyard Church when the object was first seen on August 14, 2015. (Credit: Google Maps)

The witness stopped along the top of the ramp and rolled a window down anticipating a plane crash.

“I was more convinced that it was a crashing plane because I couldn’t hear any engine – just a ‘swish-like’ of moving air. Just as I was worried for my own safety because the bright light was so close, it passed over my car and I saw it from the belly side.”

“I realized that there were three of those lights – one on each end of three equally spaced wing-like extensions from a circular middle.” 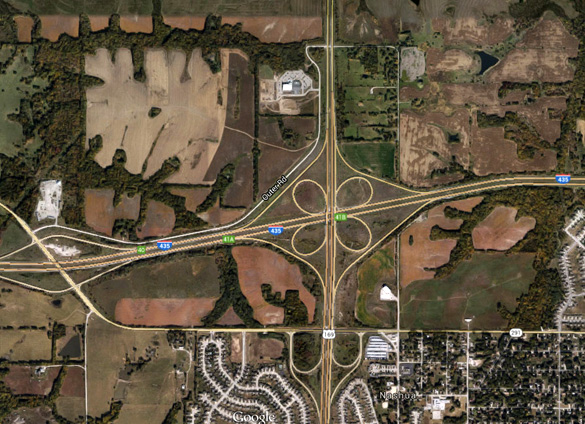 The object remained hovering until the witness reached the on-ramp for Route 435. (Credit: Google Maps)

The witness reported the sighting to MUFON on August 14, 2015, but is researching military aircraft in the hopes of making identification.

Kansas City is the largest city in the state of Missouri. Please remember that most UFO sightings can be explained as something natural or man-made. The above quotes were edited for clarity. Please report UFO activity to MUFON.com.