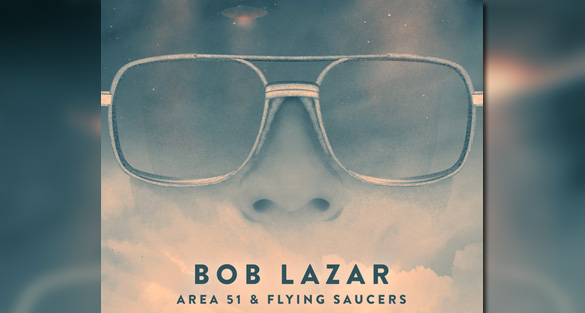 Open Minds UFO Radio: Jeremy Corbell is an investigative filmmaker and runs the website ExtraordinaryBeleifs.com. Many of his projects, including his most recent, focus on the paranormal and UFOs. In September, Corbell released his film Hunt for the Skinwalker based off of the 2005 book of the same the same name. Much of this film included archival footage and reports from Las Vegas reporter George Knapp, who along with scientist Colm Kelleher, author the Skinwalker book. However, the subject of this episode is Corbell’s latest project based on Bob Lazar, the alleged whistleblower whose claims made Area 51 famous. The film is titled Bob Lazar: Area 51 and Flying Saucers, and is set to premiere on December 3, 2018.

Lazar claims that he worked at a secret underground lab called S-4 near Papoose Lake, just south of Area 51. Everyday he would fly into Area 51 and be bused to S-4. At this base, he says he worked back-engineering advanced propulsions systems on a craft he says could only have been made by alien technology. In this episode, Corbell discusses how the film came about and his approach to tackling the controversial subject.

Read more about the film and pre-order it at: www.TheLazarStory.com

Read more about Jeremy and his other films at: www.ExtraordinaryBeliefs.com