An Indonesian witness at North Jakarta reported watching and videotaping a metallic object under 500 meters with an apparent diameter of 5 meters, according to testimony in Case 68460 from the Mutual UFO Network (MUFON) witness reporting database. 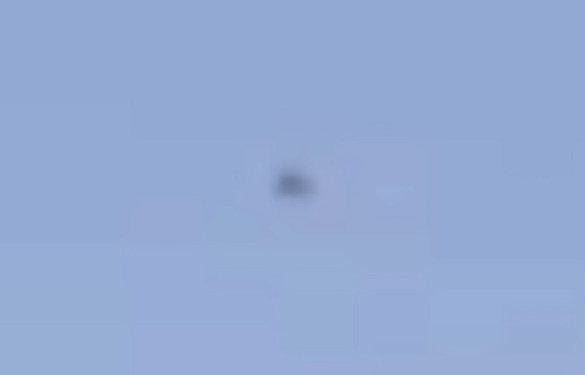 “First noticed the object when pointing out the hunting bats and swallows to my son,” the witness stated.“It was on my south and moving towards the northwest direction. First impression of the object was that it was somewhat spherical and moving at a constant speed and constant altitude. Altitude was from the best of my judgement around the 300-500 meters high, and moving slowly and constantly throughout the event at about 50 meters per minute.” 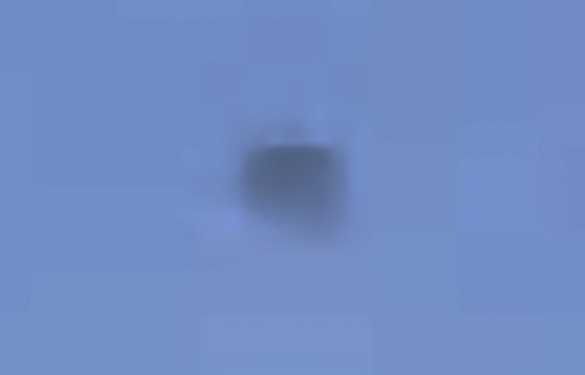 “As it drew nearer to my location, the shape looked more like a slightly vertically squashed sphere, akin to a red blood cell. It had a metallic sheen because it clearly reflected the orange glow of the setting sun. Upon longer inspection, the shape seemed to be constantly, slightly distorting and bobbling because the reflected sunlight was not consistent, although the object largely held its original shape.”

The witness tried to guess the object’s size.

“Judging from the distance and altitude, my best guess is the object is at least 5 meters in diameter. After about a minute after noticing the object, I used my iPhone 5S to video the object as best as I could, although limited phone memory cut short the duration of the video. After I finished recording, the object started to slowly make a very wide arc to the left, without changing speed or altitude, and changed direction southwesterly, which means moving away from my location.” 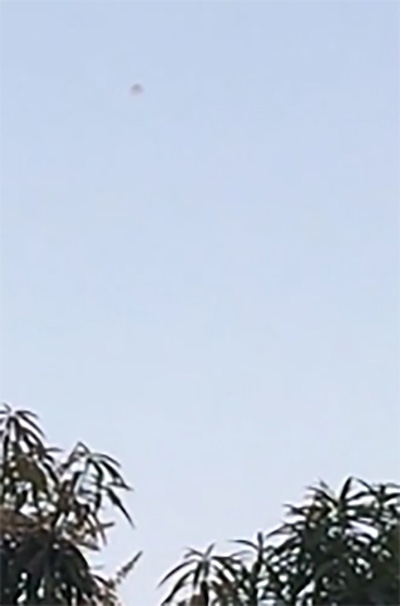 The witness attempted to follow the object on foot.

“I then started to walk/jog and chased the object for about 1-2 minutes over 150 meters, then ceased because I didn’t want to leave my wife and son behind in the basketball field. The object then slowly moved away and disappeared over the treeline after a couple more minutes.”

The witness thought that the object was unusual.

“What drew me to the object in the first place was that I never saw anything like it before. During the sighting and afterwards, considering the things I saw, my impression largely is that the object is probably man-made, maybe a stray weather balloon that drifted with the wind. The few things bugging me is the shape of the object, which is like a red blood cell, the definite metallic sheen of the surface, and the changing of the direction of the object, albeit slowly. Video is also not very supportive because of the maximum zoom, large distance to the object and me constantly moving around. Would really like to have somebody from MUFON to contact via phone or email to exchange ideas on this.” 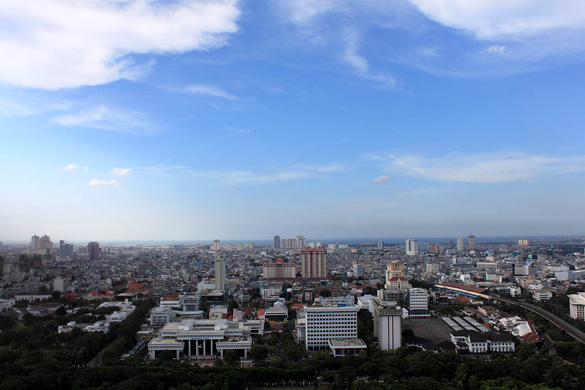 Cheryl Lee Vanagelis for MUFON International closed this case as an Unknown.

“In the video you can see at normal speed a flash which is an orb on the left-hand side moving to the right and touching the triangle morphed, and then releases itself and moves at lightspeed to the left and disappearing,” Vanagelis wrote in her report.“In slow motion the flash and orb do not appear. You’ll need to adjust brightness and gamma. I see a ‘cloudwalker’ morphing into a small boomerang shape for a milli-second, and then morph back into a ‘cloudwalker shape,’ before it stretches and flies off fast. I can also see atmospheric activity surrounding it. Unfortunately, the video is not able to snapshot and increase size without pixilation of the picture.      Based on my studies on these types of UFOs, it is a good capture of a ‘cloudwalker’ possibly energizing or feeding off the dimensional cloaking layer.”