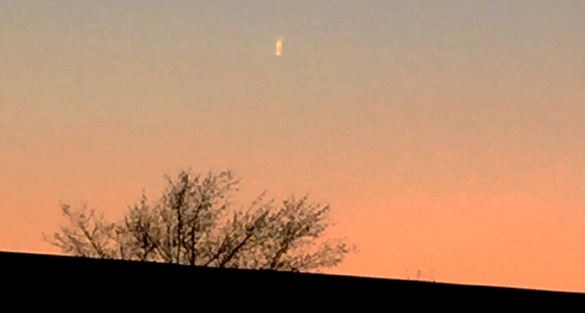 An Indiana witness at Trafalgar reported watching and photographing an oval-shaped UFO crossing the sky for about 25 minutes, according to testimony in Case 75601 from the Mutual UFO Network (MUFON) witness reporting database. 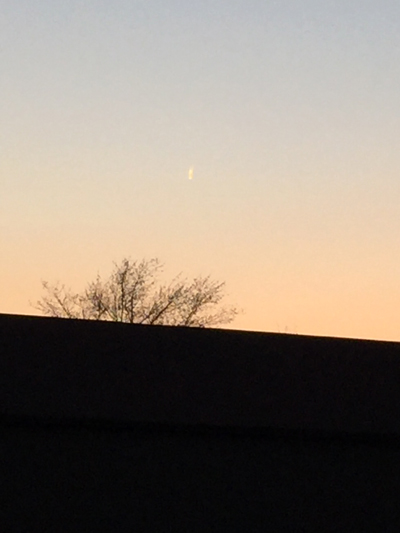 The witness first noticed the object in the southwestern sky at sunset while heading west on SR 252 towards SR 135 in Trafalgar about 8:30 p.m. on April 3, 2016. 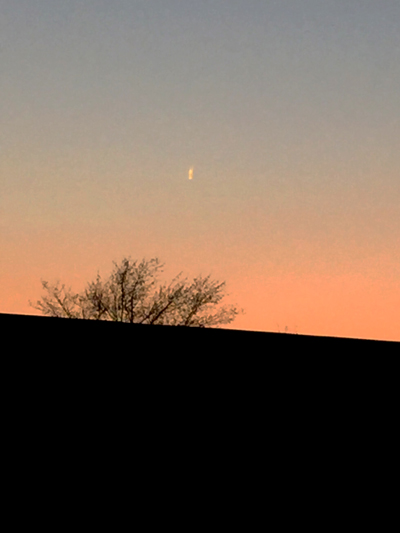 But as the witness drove two miles further west to the Dairy Queen parking lot at 1 Trafalgar Square, it was noticed that the object had developed two tails/trails coming off of what was now identified as the source of light/reflection.

“The object was oval-shaped like a football traveling sideways. It was now not as bright as before, but the two tails were growing in length and diameter. The tails/trails came off the pointed ends and the body of the object would flicker with a silver light.”

In the same sky there were several airplanes that could easily be seen and were quite different in speed, brightness, height, and tail consistency. 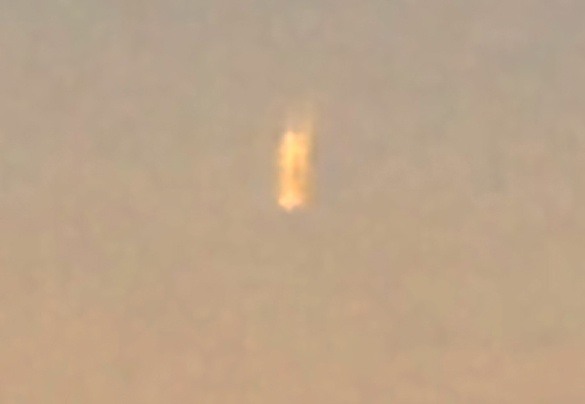 “The object in question was much higher, slower, brighter, and had two very pronounced tails that looked thicker and were not being quickly dispersed by the wind. The sky was clear and there was plenty of light from the setting sun. We observed the object until it disappeared in the southwestern sky about 25 minutes after first being seen. There were four witnesses and a few pictures taken by cellphone (iPhone 4s and iPhone 6).” 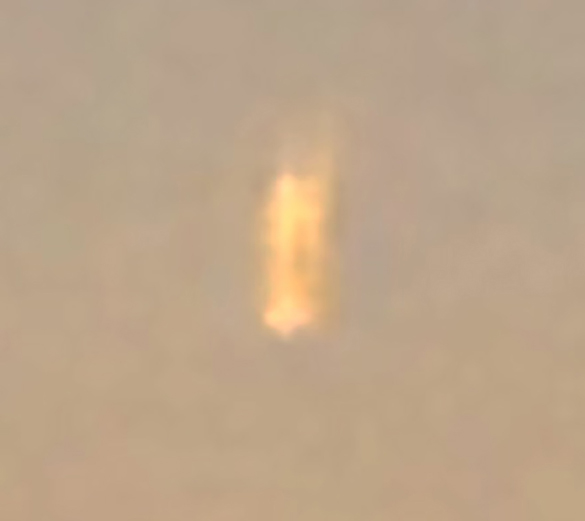 Trafalgar is a town in Nineveh and Hensley townships, Johnson County, Indiana, population 1,101. Please remember that most UFO sightings can be explained as something natural or man-made. The above quotes were edited for clarity. Please report UFO activity to MUFON.com.