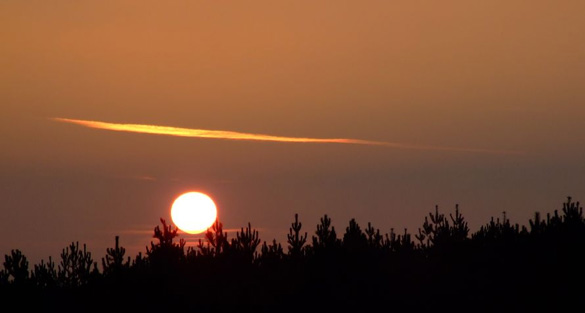 Starting around 9 pm on March 24, 2015, residents of the town of Cannock Chase in the UK took to social media to post UFO sightings and reports of loud noises. Local paranormal investigator and author, Lee Brickley, says hundreds of witnesses were involved.

Brickley was a witness himself, and he blogged about the event as it happened. He wrote: “Before anything could be seen with the naked eye, there was a deep and very loud drone noise not unlike that you would expect to hear from an old WW2 bomber. After around three minutes, the craft came into sight. It seemed to be incredibly large and astonishingly low in the sky with three red lights that were easily noticeable. The UFO traveled very slowly, and so many people thought it was about to crash to earth. Thankfully, it disappeared out of view without anything too catastrophic happening. The sound from the engine (or whatever it was) lasted for around another five minutes.” 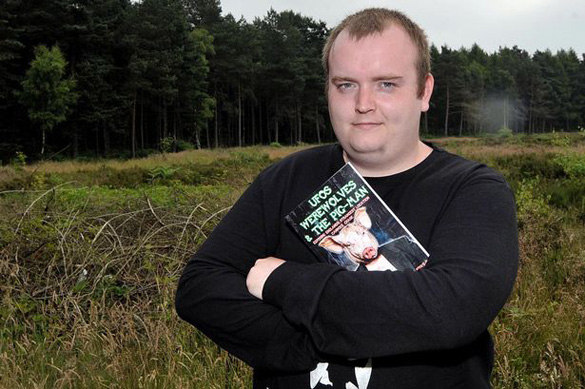 Brickley went online to find that many other local residents also heard and saw the UFO, and many seemed shaken up by the event.

One witness wrote: “I heard it and thought that’s low..thought it might have been a plane coming down ….it looked like one big thing with 3 lights,,scared the ……outta me.”

Another posted: “My house was rumbling….and i’m still shaking..it was slow and it was bloody huge.”

Another witness wrote: “It wasn’t a fighter jet. Way to big. Three red lights one at rear one on each wing. Usually commercial planes have flashing lights but this just had three solid red lights. Could have been a large military plane especially with such an unusual flight path.” 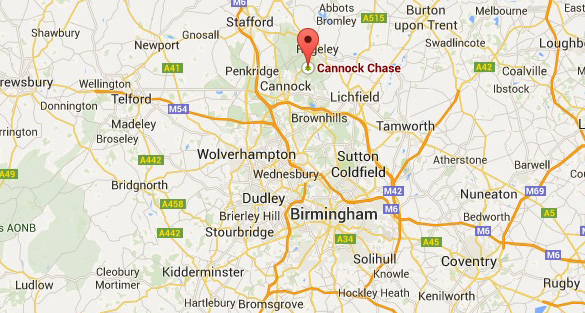 “It was ever so loud and it went on for quite a while,” she said. “It was much more prolonged than a military jet. It was very curious.”

Brickley checked with Birmingham Airport to find out if it was an aircraft in trouble, but they said they had no such reports.

In his original blog on the sighting, Brickley noted that there was a U.S. aircraft carrier off the coast of Portsmouth, which is about 175 miles south of Cannock Chase. He speculated that perhaps they were testing a new secret space plane.

Birmingham Mail contacted the British UFO Research Association to find out if they had ideas as to what the people of Cannock Chase might have witnessed. A spokeswoman told them, “I’m sure it is something that can be explained. Whether it will be explained is another matter.”

They speculated that the witnesses might have seen a drone, or an experimental aircraft.

However, checking up on some of the original witness reports online there are an abundance of witnesses who are certain that what was seen were three fighter jets. Several Connock Chase residents said they see them often. 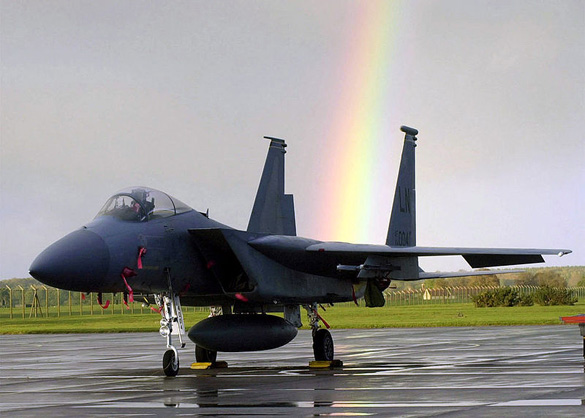 F-15 at RAF Lackenheath, where the jets are speculated to have been from. (Credit: SRA James L. Harper Jr./USAF)

I followed up with Brickley to ask him about this latest theory. He agreed that it was likely jet fighters, and thinks they may have been escorting an experimental drone being tested by Facebook.