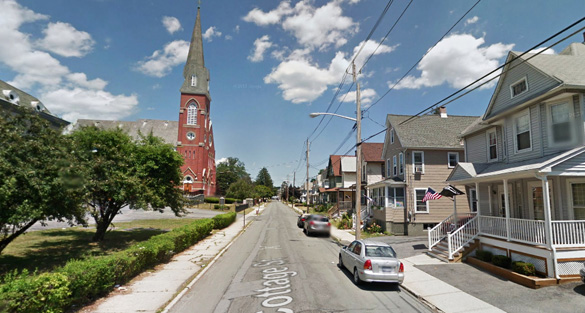 A New York witness at Middletown reported watching a slow moving, rectangle-shaped UFO just 20 feet from her home at the tree top level after a humming sound caused her to look out a window, according to June 10, 2014, testimony in Case 56979 from the Mutual UFO Network (MUFON) witness reporting database.

The witness was inside watching television at 1:30 a.m. on May 5, 2014, when the humming sound caused her to investigate. 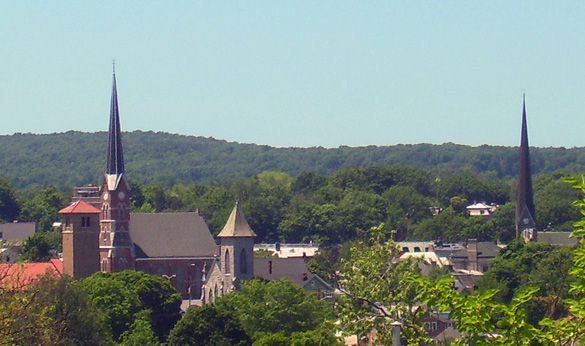 The witness remained inside the home and afraid while the object hovered just 20 feet from the home for more than five minutes. Pictured: Middletown, NY, skyline. (Credit: Wikimedia Commons)

“I saw three orange glowing lights in a rectangle form and it was moving very slow,” the witness stated. “I watched in disbelief and I was, to be honest, very afraid.”

The object then hovered near the witnesses’ home for about four to five minutes until its lights went out suddenly.

“The lights disappeared like someone was hitting the switch.”

The witness stated that an object with the same description appeared over her previous farm house less than two years ago and that her husband saw the object with her then. 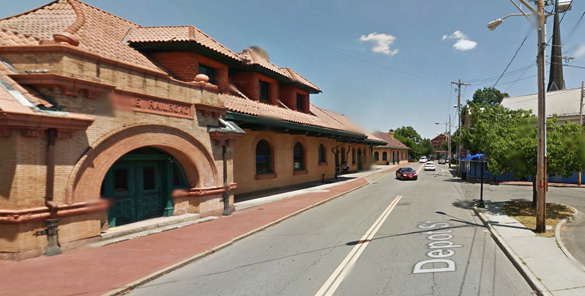 An odd humming sound sent the witness to a window where the object was seen at the tree top level just 20 feet from the home. Pictured: Middletown, NY. (Credit: Google)

Middletown is a city in Orange County, NY, population 25,388. New York MUFON is investigating. New York has a current UFO Alert Rating of 3 with a high number of recent reports nationally. New York had 31 UFO reports in May 2014 – the 3rd highest reporting state – while California had 102 reports as the highest reporting state. The above quotes were edited for clarity. Please report UFO activity to MUFON.com. 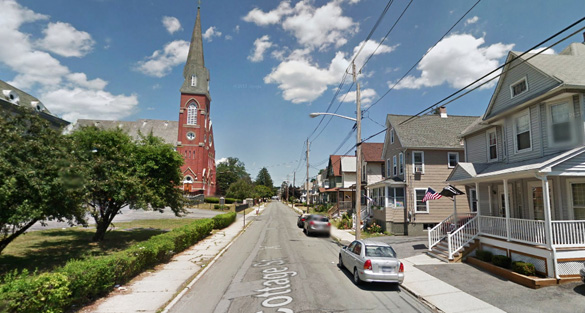