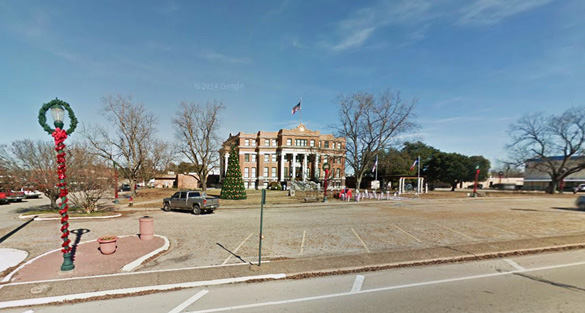 A Texas witness at Fairfield reported watching a “very bright, white light” UFO at close range, according to testimony in Case 59342 from the Mutual UFO Network (MUFON) witness reporting database. 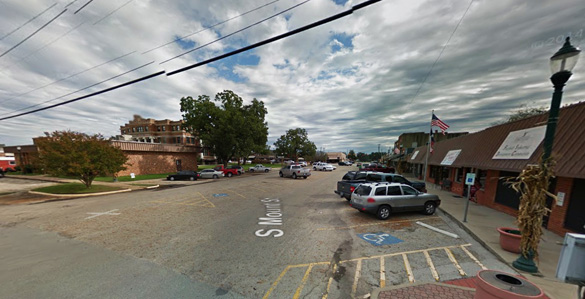 “This huge, very bright object, went up and traveled slowly to my right,” the witness stated. “I then heard this jet-like noise that ended as quickly as it started. I put the truck in gear and went down to County Road 833 and turned around. By this time it was coming back to the spot I had first noticed it.”

The witness again parked her vehicle and while watching the object noticed lights on top of it.

“They went from one side to the other and had a rhythm in its own pace.” 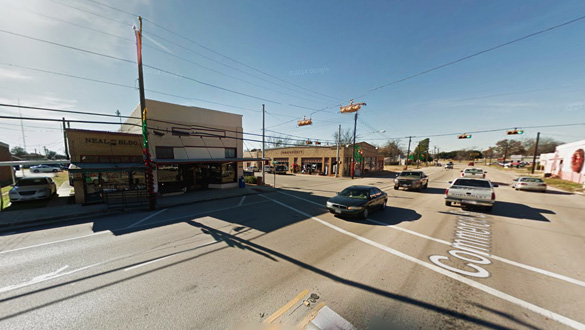 The witness noticed lights on the top of the object that moved in a pattern. Pictured: Fairfield, TX, near county route’s 2570 and 833. (Credit: Google Maps)

The object then moved south and out of sight.

“It scared me to putting that truck in gear and hauling it straight back to my job site. I told a co-worker and I just kept going on and on about it. Took me about three hours to settle down and I particularly did not want to get back in the truck and go anywhere – period.”

The next day at work, the witness reviewed the area where the object was hovering.

“So the next day, going back to work, I saw that the place the UFO was hovering over is power lines from the power plant.”

The witness noticed power lines in the area where the object was originally hovering. Pictured: Fairfield, TX, near county route’s 2570 and 833. (Credit: Google Maps)

Fairfield is a city in Freestone County, Texas, population 2,951. Texas MUFON is investigating. Texas has a current UFO Alert Rating of 3 with a high number of recent reports nationally. Texas had 80 UFO reports in July 2014 – the 2nd highest reporting state – while California had 104 reports as the highest reporting state. The above quotes were edited for clarity. Please report UFO activity to MUFON.com.