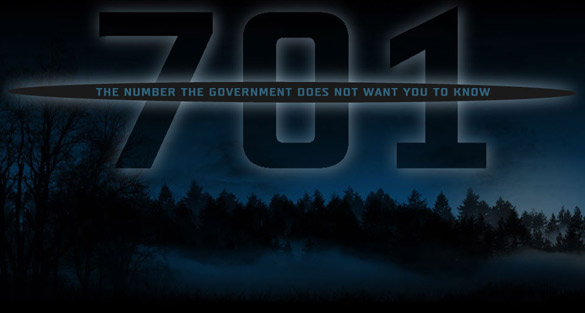 Among other announcements, UFO documentary filmmaker James Fox also announced at the 2013 UFO Congress the launch of a $100,000 reward for proof that UFOs are real. The reward is an effort to bring to light never before seen evidence for a documentary in the making titled, 701: The Number the Government Does Not Want You to Know.

The criteria for the reward are listed on the movie’s website:

One aspect that sets our film apart is the Producer’s commitment to bringing forth never before seen evidence. As part of this effort, we are offering a $100,000 REWARD for the best proof that UFOs are real (implying structured craft not manufactured from any known agency on earth).

This material can be in the form of a photograph, video footage, film footage or debris from an alleged crash site but it must be able to withstand scientific scrutiny by our chosen panel.

The person in possession of said evidence can remain anonymous or appear in our feature film. If you, or someone you know has evidence you feel we should examine, please CONTACT us immediately.

Fox says this UFO documentary is going to be unlike any other, and they intend for it to make it to the big screen, and be rolled out in theaters throughout the country, rather than just television or DVDs like Fox’s other popular UFO documentary, I Know What I Saw.

Among several Hollywood producers involved with the project is Tracy Tormé. Tormé is the son of famous singer Mel Tormé, and has made a name for himself in Hollywood. He has worked on many hit TV series and movies, including Star Trek: The Next Generation and the movie Contact, based on the book by Carl Segan. His most famous UFO project may be the movie Fire in the Sky, which chronicles the incredible story of Travis Walton, who after witnessing a UFO up close with several co-workers, approached the object and was then apparently whisked away, not to be seen for several days.

Fox read a statement prepared by Tormé to the crowd at the IUFOC. In the statement Tormé explained how he had the “good fortune” to work on 6 UFO projects in the past and felt that those projects encompassed all that he had to say on the topic. Since then he has been approached by hundreds of UFO researchers wanting to work with him, but he has always turned them down. He changed his mind after reading a book on physicist James McDonald’s struggle to investigate UFOs written by Ann Druffel. His interest was then further encouraged when he saw Fox’s documentary, I Know What I Saw. Tormé contacted Fox, and they agreed that it was time to work together on a new UFO documentary, unlike any that has come before it. 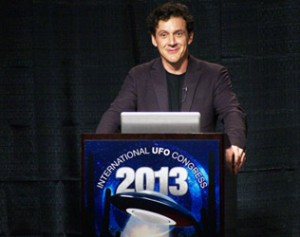 Fox says this project is his “dream project” and it is what he feels he tried to do with I Know What I Saw, and failed. Fox says for him it comes down to one question, “If earth was being visited, would you want to know?”

The website does include some intriguing clues as to the focus of the film. Including alluding to proposing a new hypothesis as to the origins of the UFO phenomena:

The X-files told millions that the truth was out there but what is the truth about UFO’s? As the forties turned into the fifties, many believed they were simply a space aged myth, just errant balloons and the planet Venus. Others were equally convinced that the government knew we were being monitored or invaded and the Pentagon was hiding the great secret from the public. What if BOTH sides were wrong? What if the truth was something else – something equally unexpected? 701.