Hikers near Calgary photograph a UFO in 1967

At about 17:30 PST on 3 July 1967, Mr. Warren Smith, 27 years old and two companions saw and took two color Photographs of an object described as shiny and approximately 25 feet in diameter. 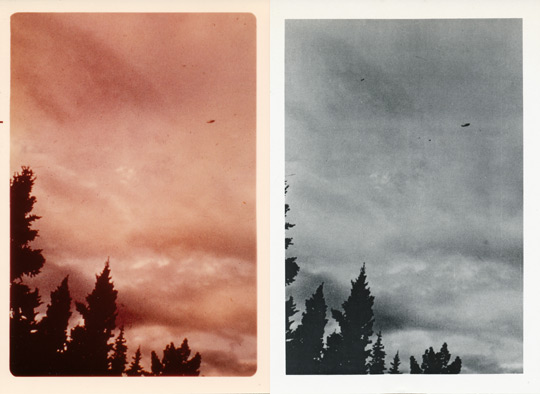 1st picture taken in color and then redeveloped in black and white. 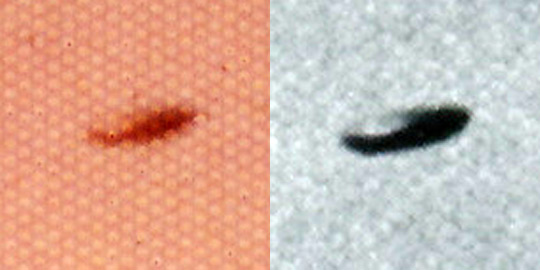 “It was traveling towards us gradually losing altitude, passed in front of us, and as it passed slightly out of view behind some trees, it then reappeared and hovered in the open sky, and something of a much smaller size fell from the craft.” One of Smith’s companions reported, “It travelled towards us gradually losing altitude, and at a distance of not more than ½ mile it hovered for a moment, at which time some object fell from the craft. The fallen object was possibly one hundredth of the size of the parent craft. At tree top level the craft disappeared from sight. I am not sure at this point whether it became invisible, or dissolved, or merely sped out of sight at such a great speed that it was hard for the eye to follow. At any rate it was moving away from us at great speed when it disappeared from sight.” 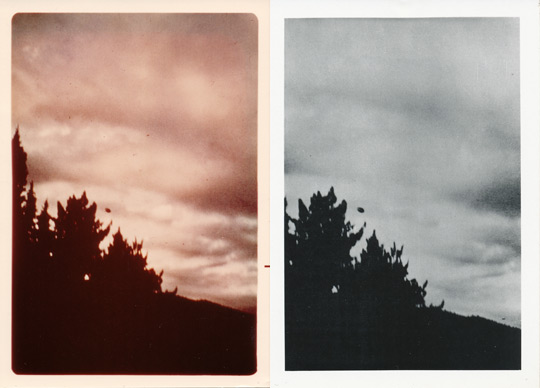 2nd picture taken in color and then redeveloped in black and white. 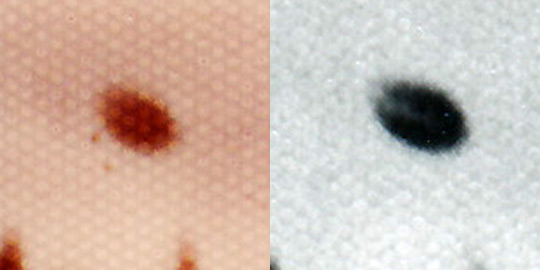 The object was further described as “Circular, shiny, aluminum color, approximately 25 feet in diameter. It was first observed 2,000 to 2,500 feet above the observers, it banked and descended much lower, disappeared behind the trees, moving South at high speed.”

One of Mr. Smith’s companions stated, “No sound accompanied the sighting and no exhaust or colors of any kind were seen. What we saw was a disc-shaped object with a silvery tone to it, of a size of 30 to 40 feet in diameter, with a depth ratio of 4 to 1.”

The measurements, sizes, distances and angles of elevation are internally consistent and agree with the observed testimony of the witnesses. The Condon Committee analysis stated that based on the data reported, the object would have had a diameter of 35 + or – 14 feet and a thickness of 8 + or – 3 feet.