Antonio gives us another update from an exciting day of testimony at the Citizen Hearing on Disclosure. The day was mostly made up of international speakers and military witnesses. The evidence was so convincing that former senator Mike Gravel proposed that a resolution be drafted to get the UN involved with UFO research. He feels the UN is the best place for this sort of effort, given the UFO phenomenon is global in nature. Antonio says Gravel and former congress woman, Carolyn Kilpatrick, met with panelists to discuss the particulars after the hearings. 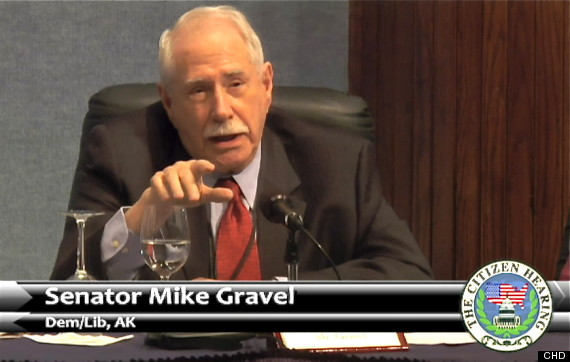 Lee Speigel of the Huffington Post reported that Gavel stated:

Another hearing like this one, or whether it’s in the Congress, probably won’t advance our goals all that much. But there’s no reason why, with the various countries represented here — with the various scholars and military officers — that we wouldn’t try to, within our own communities, to get them to endorse a very simple, straightforward resolution, calling upon the [U.N.] General Assembly.