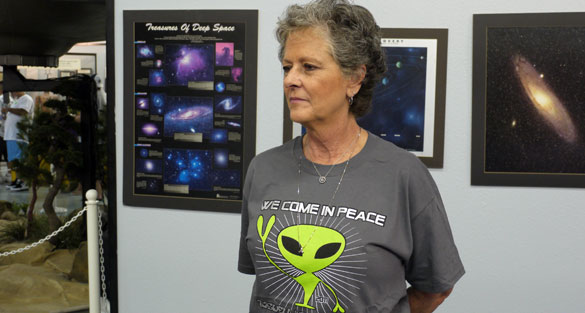 I was recently informed of the passing of Julie Shuster, the former director of the International UFO Museum and Research Center in Roswell, New Mexico. Julie ran the museum for many years, and was the daughter of the public information officer at the Roswell Army Air Field (RAAF) in 1947 who was tasked with releasing a press release regarding the crash of a flying saucer. 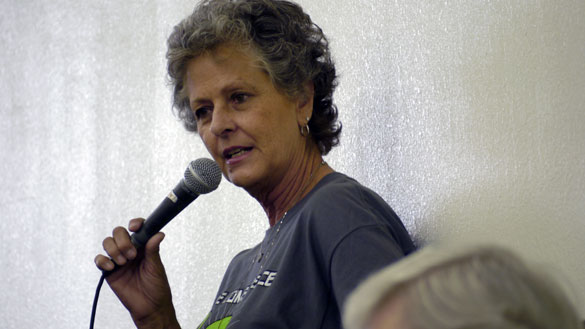 I was aware that Julie had been battling sickness and had retired as the director of the museum a couple of years ago. That position is now held by Roswell resident, Mark Briscoe.

However, it was still unexpected and sad news when I received the following message from a representative of the museum: “It is with great sadness and the heaviest of hearts that we announce the passing of our former director – Julie Shuster.  Julie passed away on Sunday, June 7th surrounded by her family.” 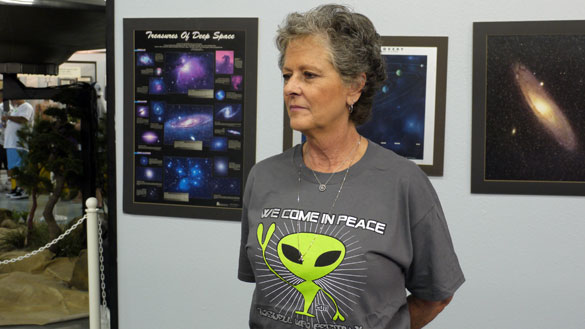 Julie was a fierce defender of the museum, which increased in popularity during the wildly popular 50th anniversary celebration. Thousands of UFO researchers, enthusiasts, or those just curious, flooded the streets of Roswell to celebrate the uncontested most well-known UFO mystery. People from all over the world visited the area. The celebration continues every year during the July 4th weekend. 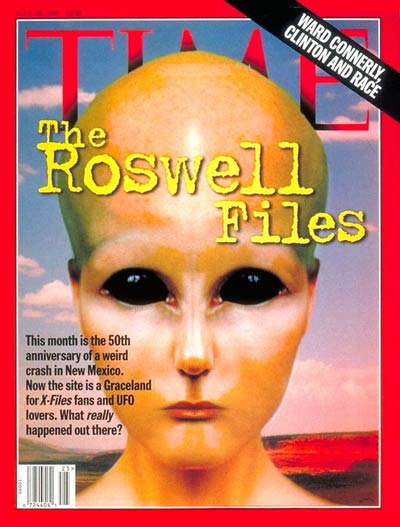 I have been involved with the Roswell UFO Festival as a speaker and volunteer for several years now. In fact, the first year of our operating, Open Minds Production sponsored the city’s festivities. Although it is well known that the city and the museum did not always see eye to eye, Julie was always very inviting, even when I was working with the city.

She often introduces UFO researchers when they attend lectures, and it was always flattering and humbling when she would do that for me. She was a matriarchal figure, and I always had great respect for her, and somehow, subconsciously, seemed to seek her approval. She was a force, and will be sorely missed.

Her father, Walter Haut, was one of the founders of the museum, which opened in 1991. As mentioned earlier, he was the public information officer (PIO) that was ordered by Base Commander Colonel William Blanchard to send out a press release stating that they had recovered a crashed flying disk. It was released to the public on July 8, 1947. 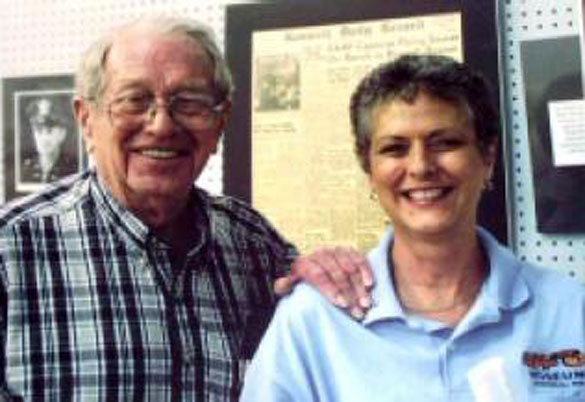 Walter Haut with his daughter Julie Shuster at the Roswell museum in 2007. (Credit: MUFON)

The very next day, Brigadier General Roger Ramey told the press it was all a mistake, and what was really recovered was a high-altitude weather balloon. Haut always maintained that they had not mistaken the material they had recovered, and that it was not a balloon, but something much more mysterious.

The mysterious nature of the incident was not known to the public, even within UFO circles, until the 70s, when RAAF Intelligence Officer Major Jesse Marcel began to talk to UFO researchers, such as Stanton Friedman. When books about the incident including first hand witnesses began to be published in the 80s, the incident then began to gain its popularity, and know is famous throughout the world. 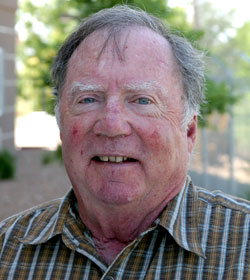 Major Jesse Marcel passed in 1986. His son, Dr. Jesse Marcel Jr., who had seen the material, and up until his passing spoke at the Roswell UFO Museum, passed in 2013. Walter Haut passed in 2005, and now so too goes his daughter.

As many of the Roswell researchers have pointed out, the search for answers is a battle against time. As those involved with the incident pass away, their knowledge goes with them. However, their legacy remains. I feel extremely honored and privileges to have known Jesse Marcel Jr. and Julie Shuster.

I hope one day each of you interested in UFOs will be able to make the journey to Roswell, New Mexico and visit the International UFO Museum and Research Center. If you do, remember the amazing people who founded and maintained the museum and the stories that have made the Roswell incident a part of American history.

I will be there again in a few weeks for this year’s celebration. More and more the event feels a little bit more lonely without the presence of some of these wonderful people. It is becoming like visiting and honoring a memorial. But I do relish the memories of the time I was able to spend with these people, who in my line of work are historic figures.

Open Minds Production sends our condolences to Julie Shuster’s family. She was a special person and will be missed.

Correction: A previous version of this article stated that Julie was director during the 1997 Roswell Festival. Don Schmitt, a member of the museum’s board of directors, advised us that Denise Crosby was director at that time.