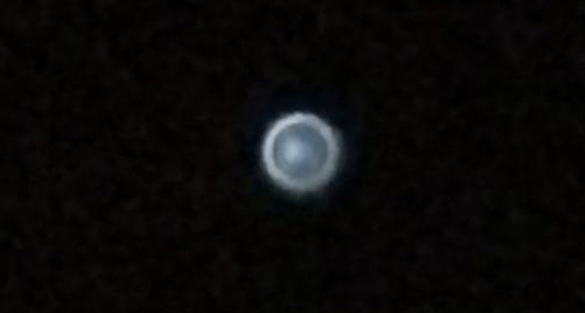 It all started with a UFO image and report that was sent to Newbury Weekly News of a UFO spotted over nearby Hungerford. The newspaper posted a story about the UFO sighting, and have received many responses by people in the area who say they have also spotted UFOs in the area.

The alleged UFO was first reported by Vanessa Cloete who lives in the Charnham Park area in Hungerford. She says she has seen the strange object several times, and first spotted it several weeks ago. She says she works on the night shift. 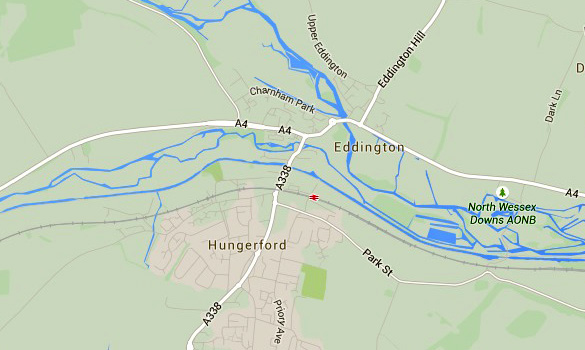 The last time she saw the object she was so fascinated by it that she alerted her neighbors. She told the Newbury Weekly News, “They couldn’t believe what they were seeing and got their camera to take stills and video images.”

She described the object as round and says it occasionally flashed. She says, “The strange thing is that it seems to change shape and sometimes is surrounded by green lights and, sometimes, blue. I first saw it out of my bedroom window.”

“It stays in the sky for up to an hour before suddenly vanishing. I think I’ve seen it more than most because of the shifts I work,”  Cloete continued. 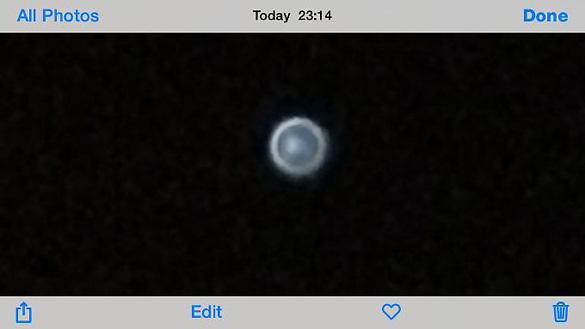 The image she sent to Newbury Weekly News looks a lot like a point of light that is out of focus. Often Venus can look extremely bright and very odd in the night sky, especially when it is filmed out of focus.

A video on the website Dailymotion shows how Venus can look weird due to “strange effects” caused by cameras.

Venus Out of Focus TWO by smartiesfloury 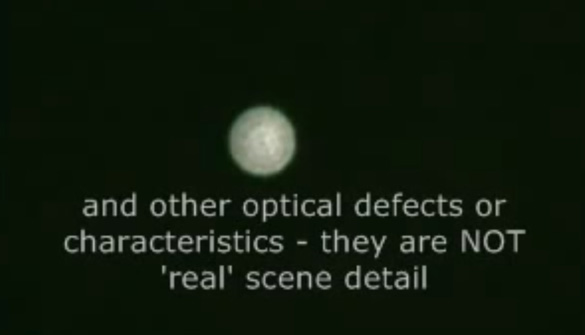 Still image of Venus out of focus. (Credit: Smartiesfloury/Dailymotion)

The same atmospheric distortion that makes stars appear to twinkle can also make them appear to change colors. However, this would not explain strange movement.

According to Newbury Weekly News, “Ms Cloete is adamant that the object is not the planet Venus because it moves rapidly around the night sky.”

The last time she spotted the UFO was on April 29, 2015. The online version of Newbury Weekly News, NewburyToday.com, posted the article about her sighting on June 14, 2015. They say their article “prompted a flurry of calls and emails.”

One of the witnesses who has contacted them is Clare Lumsden, who also lives in Hungerford. She believes she has seen the same object as Cloete.

She said: “It’s certainly very unusual – it’s there so often.”

Pamela Mortimer says she and her husband also see an object that flashes blue and green over the Hungerford area. They watch it from their home in Ashford Hill. 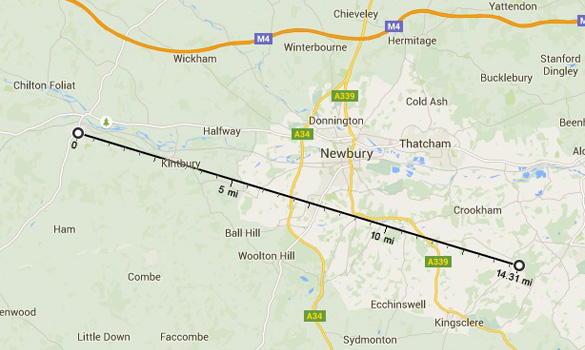 She told Newbury Weekly News: “It’s very eerie. My husband got the binoculars out and said there were flashing lights round the base of it. It keeps changing colour and sometimes just vanishes. At other times it moves across the sky. We just want to know what it is because it looks so strange.”

A witness from Ashmore Green says he has seen a similar object. This witness, Chris Turner, says, “I also witnessed a bright green, non-flashing light fly over our house one evening last week, quite low, around 11:45 pm, and I for one was totally baffled by it. I’ve lived on RAF bases all over the world and know my aircraft, aircraft sounds and navigation lights and so on – but this just didn’t make any sense.”

“The light was very bright green… I couldn’t see any civil red or white flashing light to indicate it was a civilian plane as it flew across and whatever it was, it was totally silent. When I read your article I had to tell you what I saw,” Turner added.

Mark Ash, who lives in Newbury, had a daytime sighting of what he called a “ballbearing” in the Hungerford area. He spotted the object n June 7, 2015, at about 6 pm.

He reported: “I was at a friend’s house when we noticed what looked like a ballbearing hanging in the sky. It was metallic and silvery and we just couldn’t work out what it was. It was completely round and just stayed there. It wasn’t a balloon, that’s for sure. We watched it, amazed, for ages and then it suddenly just vanished.”

Another witness, Irene Willis, says she also saw mysterious lights near her home in Newbury.

Newbury Weekly News reached out to UFO researcher Roy Hale who was able to give some advice to those who might spot the UFO in the future.

He said: “Keep a diary of the times it appears and how long before it starts to change; is there any sound from the object? Is there any unusual reaction from animals and do other airborne objects, such as helicopters, approach it?”