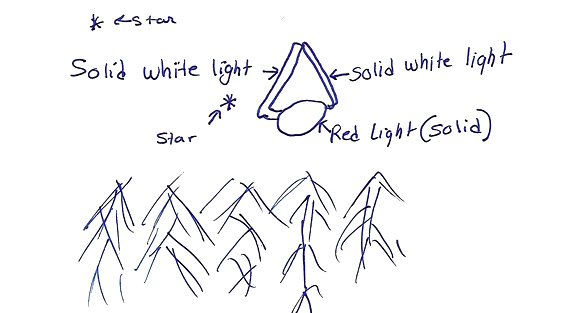 Two Florida witnesses at Bradenton reported watching a triangle-shaped UFO with a red light at its base that hovered for 20 minutes, according to testimony in Case 79981 from the Mutual UFO Network (MUFON) witness reporting database. 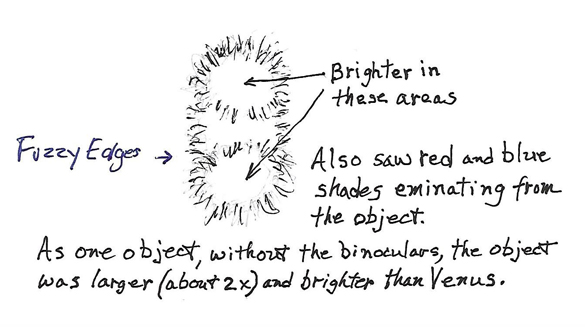 The reporting witness stated that the object was a “white triangle, well defined” – with a “red globe at base.”

Hopper and Schroeder reported in their investigation notes that the object remained stationary during the 20-minute sighting.

“The witness described the object as what appeared to look like two long, white, fluorescent bulbs configured in such a way that it gave the appearance of a triangular shape with a red light at its base,” they stated.“The interior appeared darker than the lighted object. They had 8X power binoculars.” 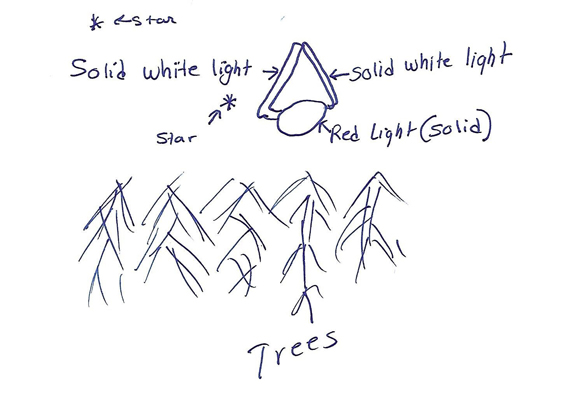 The investigators refer to the sketches provided by the two witnesses. 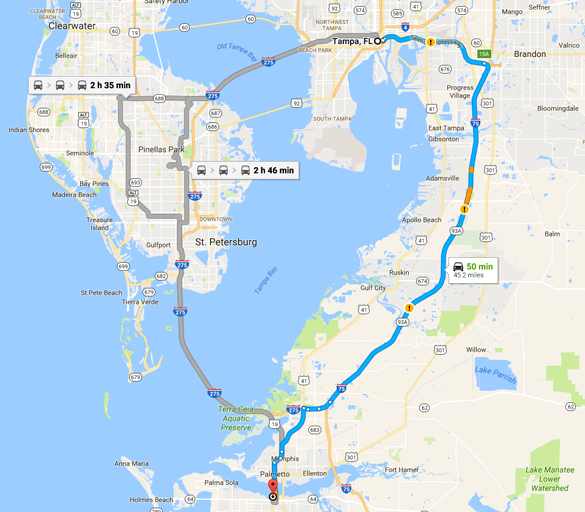 Bradenton is about 45 south of Tampa, FL. (Credit: Google)

The investigators checked for a natural explanation.

“I reviewed the Stellarium Astronomy software and did not notice any objects appearing in the sky that would have been mistaken for the object seen. I also reviewed the MUFON database and could not find a similar sighting during the time of this sighting. I asked and received a sketch of the UFO and it is included with this report.”

Bradenton is a city in Manatee County, Florida, population 54,437. The investigations remain open. Please remember that most UFO sightings can be explained as something natural or man-made. The above quotes were edited for clarity. Please report UFO activity to MUFON.com.