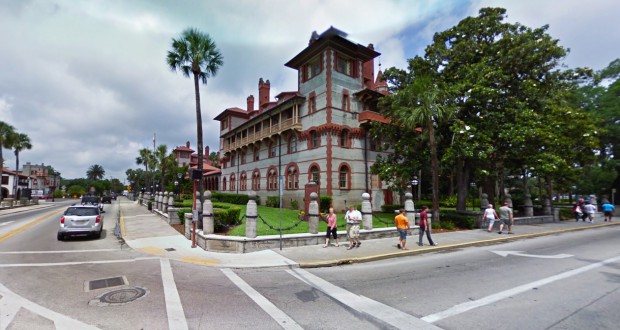 A Florida witness at St. Augustine recalled events from 2013 when a “large, black, boomerang craft with five large, glowing lights” silently moved overhead and disappeared as though it cloaked itself, according to testimony in Case 64134 from the Mutual UFO Network (MUFON) witness reporting database.

The events began about 10:15 p.m. on December 12, 2013, when a friend and his girlfriend stopped over and pointed out strange lights in the sky. The friend described the lights as greenish in color moving across the sky at a fairly low altitude appearing and reappearing several times.

The reporting witness quizzed his friend on exactly what was seen, but at first saw nothing in the sky. Eventually the friend was about to leave and they stepped outside. 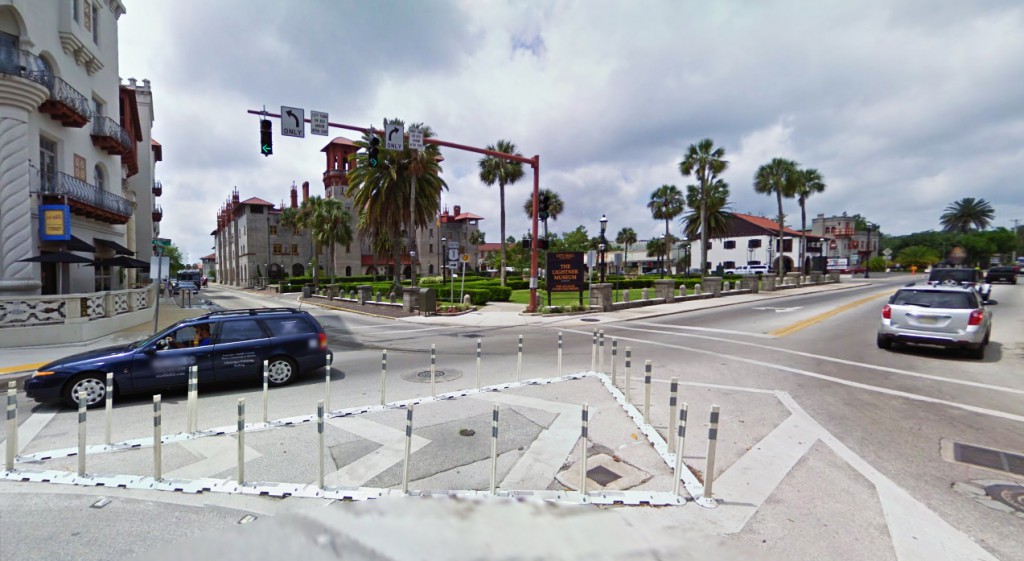 The object made no noise and was described by the witness as cloaking itself. Pictured: St. Augustine, FL. (Credit: Google)

“I first saw the pair of them and almost immediately after – there it was,” the witness stated. “A very large, dark, craft, boomerang in shape but with sharp edges. There were five large, dimly glowing, yellowish lights underneath the craft with the middle one where the front would be and two on the sides, but all underneath.”

The witness described what he was seeing.

“It made no sound, and the best description of the way it looked against the night sky was like how in the movie ‘Predator,’ when he (the Predator) would be cloaked in the trees, you really wouldn’t be able to see him except if he moved. Well, that’s how this craft looked against the night sky. You could see the edges, but only because it was moving, and slowly at that.”

“As for the lights, they were glowing with a slight pulse, bright but very faint at the same time, but large. It traveled slowly in plain sight and as weird as it sounds, it just disappeared – totally where it should have still been visible, but just wasn’t.”

The sighting was very quick.

“This whole ordeal lasted only 20 seconds or so, but made a very big impact on me. I wrote the date down onto my desk and even called my friend after we freaked out on what we had just seen and had him tell me exactly what he saw as if I had not been there. Just amazing.” 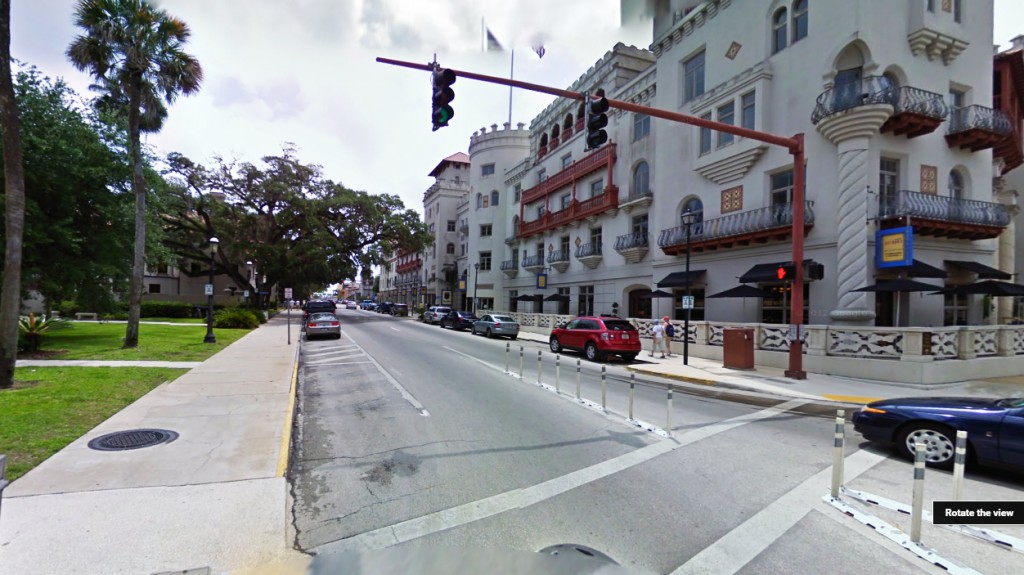 St. Augustine is a city in Northeast Florida, population 69,173. No images were provided with the MUFON report, which was filed on March 24, 2015.