Flares over the Barry Goldwater Range

The most famous image of Phoenix Lights.

On March 13, 1997 thousands of people saw UFOs over Arizona, from the border with Nevada all the way down to Tucson. Most of you are probably familiar with the story of the Phoenix Lights, if not you can catch up here.

The vast majority of the UFO reports are unexplainable. However, there has been a lot of debate over the last sightings of the day over South Mountain. Most of the pictures or videos, including the most famous one, are of this event at around 10 p.m. The Air National Guard had claimed that these lights were due to flares being dropped over the Barry Goldwater Range, which is used for military exercises and is about 40 miles southwest of Phoenix. 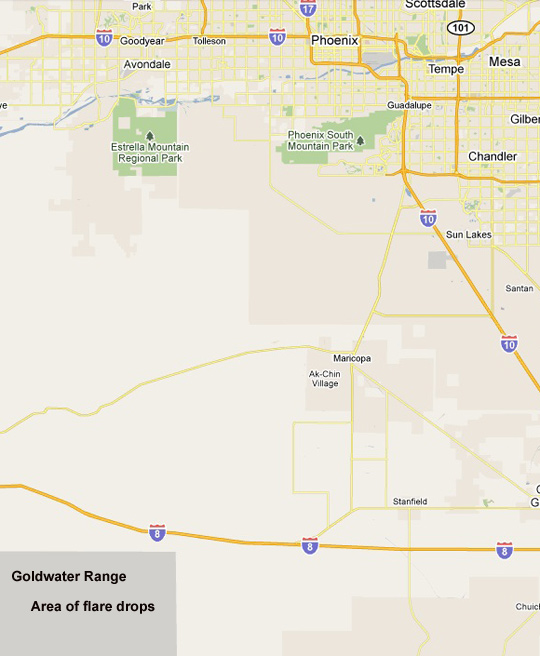 Google map of the area.

On my way home across the Gila River Indian reservation, headed toward Maricopa just out of Phoenix, I saw two bright lights in the sky, I had seen a similar light before. On the previous sighting, I thought it might be a helicopter hovering over the city but then it faded out. This time, I could see these lights were dropping, I knew they were in the direction of the range, so I figured they were flares. I was surprised how bright they were, and how high they were dropped. They fell slowly, but you could see they were falling, up until a certain point when their decent slowed until they appeared to be hovering.

These days I keep a small camera in the glove box of my car at all times. I got it out and snapped a couple of pictures, but I was on a highway. I figured I would snap more with my DSLR camera when I got home, but they were gone by then. However, to my surprise these were lights that could be seen from Phoenix, over South Mountain, especially if you were elevated like the person who took the famous video.

The next night flares were dropped again. This time I put my zoom lens on my camera got to the backyard and got some video. Again, they seemed to be hovering. In a story about the National Guard pilots who were responsible for dropping the flares that were filmed at 10 p.m. on March 13, in 1997, the Arizona Republic newspaper wrote, “They seemed to hover because heat from the flare rose into the parachute, as if each were a tiny hot-air balloon.” 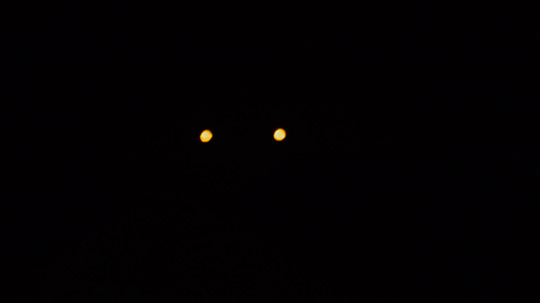 Picture of flares from May 4, 2011. (image credit: Alejandro Rojas) 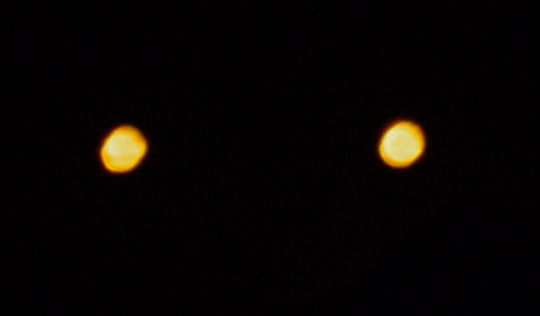 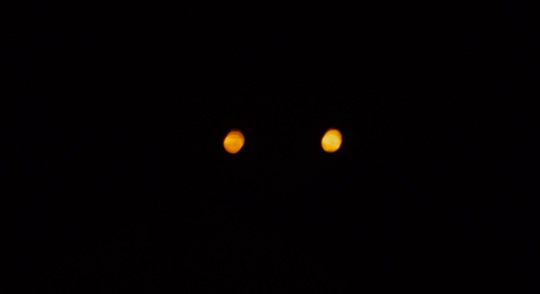 Another picture of flares from May 4, 2011. (image credit: Alejandro Rojas) 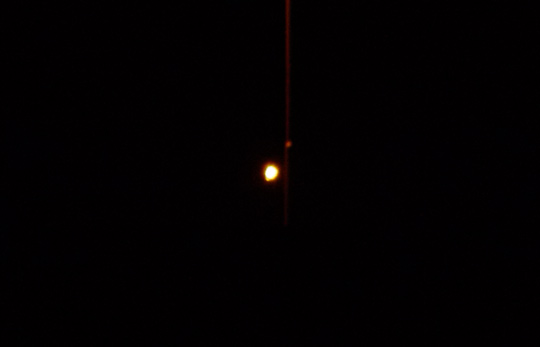 Picture of flare behind light pole from May 4, 2011. (image credit: Alejandro Rojas)

I contacted the Barry Goldwater Range to confirm that what I saw was flares, this was their response:

Mr. Rojas, the Barry M. Goldwater Range is a 1.7 million acre expanse across southwestern Arizona. On the Air Force side alone, which consists of 1.1 million acres, there are 22 regular users and many others on an intermittent basis.

I can confirm that the range was being used by scheduled users on Monday and Tuesday, May 2 and 3 during the evening.

Though it’s difficult to give you any specific information about what you saw, I feel confident in saying that what you saw were flares. Flares are a standard training tool, particularly at night and pilots are required to use them constantly. They are used for target illumination and some types burn with as much as 1 million candlepower. Range users also employ self-protection flares.

Although I am now finally convinced that the 10 p.m. Phoenix Lights sighting could have been flares, upon moving to Phoenix a couple of years ago, I was floored at how many people had seen mysterious lights that day. I had interviewed city council woman Francis Barwood, and had seen Lynne Kitei’s documentary on the lights, in which Barwood said she had spoken with hundreds of witnesses. However, when I heard from so many locals and co-workers who had also seen them, I realized the witness count was much higher than I had previously thought which I was already impressed with.

There are still no answers for the giant triangular craft that people reported flying over their heads earlier in the day. Fife Symington, then the governor, witnessed the lights and now says he thinks the craft he saw was too advanced to be made by people on this planet.