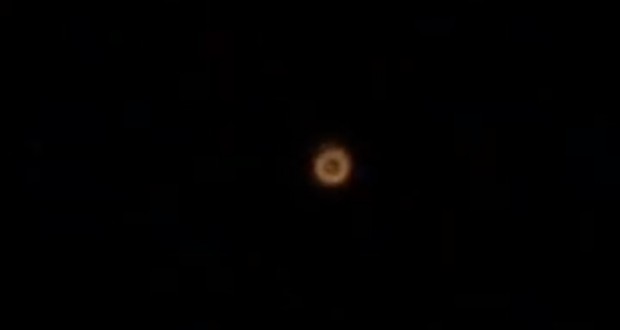 Phoenix NBC affiliate 12 News received a video from a viewer that shows a “mysterious ‘fireball’ in the night’s sky” on Monday, January 19.

The station posted the video to its Facebook page, along with the question, “What the heck is it?”

This fireball video was also featured on the channel’s 10 p.m. newscast. Viewers posted hundreds of comments to the station’s Facebook page. And, surprisingly, most commenters were confident that the glowing aerial object in the video was a sky lantern.

Sure enough, following the newscast that featured the UFO video, viewer Stacy Romero contacted the station to claim responsibility for the UFO. She asserts that it was, indeed, a sky lantern. She even sent the station a video showing her son preparing to launch the lantern.

After receiving the call and the video from Romero, 12 News posted the newly acquired information to its Facebook page, along with the message, “Mystery solved!”

Romero also posted the information to Facebook, stating, “Just to clarify it was nothing magical or mysterious it was a Chinese lantern that my son was sending off wishes for his dad who is currently deployed in Korea…. I have the video as well sorry for all the hoop-la.”