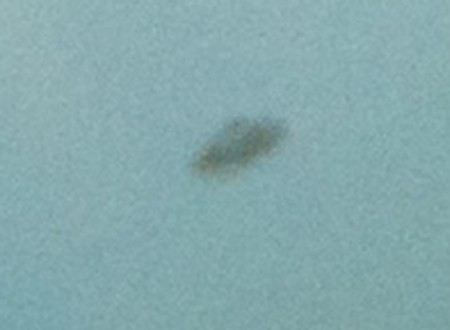 A Florida witness at Fort Lauderdale driving southbound along I-95 reported photographing a fast-moving UFO about 10:30 a.m. on September 15, 2014, according to testimony in Case 59886 from the Mutual UFO Network (MUFON) witness reporting database.

“I noticed a double rainbow in the sky,” the witness stated. “I got out my Smartphone to photograph the rainbow and took four pictures in succession.”

The witness included one photo with the MUFON report, which was filed on September 17, 2014. 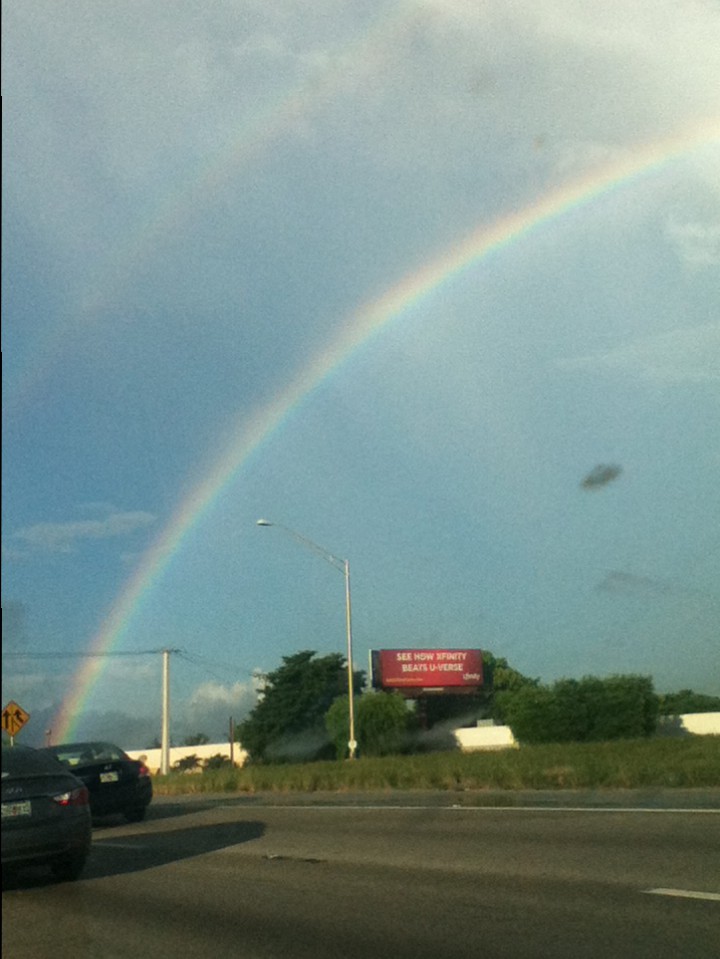 “On the fourth photograph I captured what appears to be a UFO flying really fast next to the rainbow. As quickly as it appeared, it was gone.”

Florida MUFON is investigating. Fort Lauderdale is a city in Broward County, Florida, population 165,521. Florida has a current UFO Alert Rating of 3 with a high number of recent reports nationally. Florida had 26 UFO reports in August 2014 – the 5th highest reporting state – while California had 99 reports as the highest reporting state. The above quotes were edited for clarity. Please report UFO activity to MUFON.com.