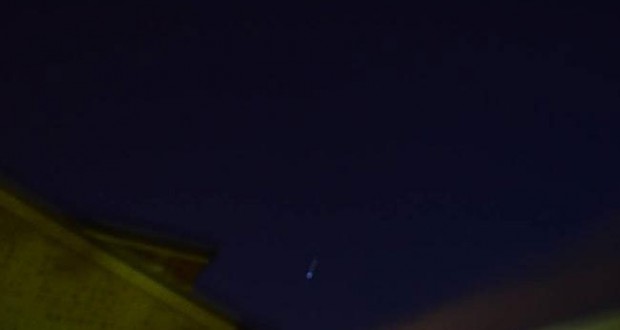 A woman and her family witnessed four UFOs moving through the sky just outside of Sydney, Australia in the town of Camden on the night of Sunday, December 1. 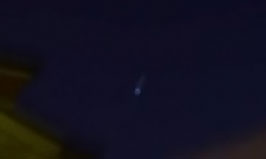 The woman, who chose to remain anonymous, sent photos of the aerial objects to local newspaper the Macarthur Chronicle. She describes the UFOs, stating, “They were very high up in the sky, too high for a helicopter and distinctly round and definitely not a plane of any sort. They glided very fast and with no sound.”

The first UFO the family witnessed was a “green glowing disc” that travelled slowly enough for the family to clearly observe its flight. The object reportedly maintained a consistent color and speed. The second unidentified object appeared five minutes later along the same flight path. But this object was smaller, and it was white, not green. Object number three was a red disc that appeared shortly after, followed by object number four, another white object, but traveling in a different direction.

According to Macarthur Astronomical Society speaker liaison John Rombi, “What the reader has described sounds like a meteor, which are coming through the atmosphere all the time . . . The fact it was green points more towards it being a meteor or space junk. However it could even be a spacecraft the reader is unfamiliar with.”

UFO Paranormal Research Society president Larraine Cilia informed the Macarthur Chronicle that there has been “plenty of UFO action in the region in the past six months.”