Home / Articles / UFO News / False claim about UFO attack fools many (again)
A Russian news source reported that SETI (the Search for Extraterrestrial Intelligence) had released a statement announcing the detection of "three giant spaceships" heading towards Earth. Rather than investigating the claim, many journalists were quick to report the shocking news, only to later learn that the story had been fabricated.

On Wednesday, a Russian news source reported that the U.S. organization SETI (the Search for Extraterrestrial Intelligence) had released a statement announcing the detection of “three giant spaceships” heading towards Earth. Rather than investigating the claim, many journalists were quick to report the shocking news, only to later learn that the story had been fabricated. 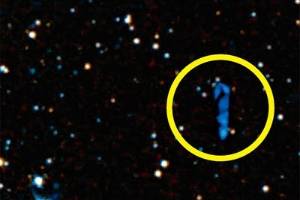 The Russian news site Pravda published their article on December 22nd in which the claim was made about SETI detecting three spaceships via the HAARP (the High Frequency Active Auroral Research Program) system in Alaska. The article claims the ships are projected to reach Earth in December of 2012—the same time period as the grim 2012 doomsday supposition. An interesting coincidence? An intentional exploit is more likely the case.

It is possible that the Pravda article is based on information published in a December 8th article on Examiner.com, though both articles contain different details. The Examiner article is more detailed, crediting a source for the information, as well as providing images of the supposed spaceships.

Phil Plait, an astronomer who spent ten years working on the Hubble telescope, saw a number of red flags when he read the Examiner article, and he did a remarkable job detailing these red flags. One major flag was the name of the alleged SETI astrophysicist. Plait performed some initial searches on Google and in astronomical journal databases, but the only reference to “Craig Kasnov” he was able to locate were related to articles referencing the three spaceships. Digging deeper, Plait went straight to the source—he called SETI senior astronomer Seth Shostak. Shostak responded, “Well, I’ve never heard of this guy working here, and neither has our HR department . . . Of course, maybe he volunteered here once, or was a summer intern. But he’s not an astrophysicist for the SETI Institute . . .” 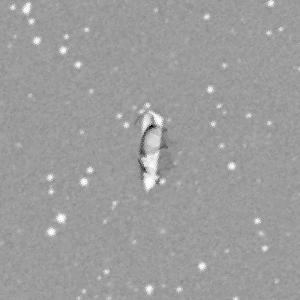 A man by the name of Craig Kasnoff does exist, and was involved with SETI only insofar as being involved with the development of the SETI@Home software (software installed on personal computers to process SETI data). He was not/is not with SETI, and is not an astrophysicist.

Plait also examined the “spaceship” photos referenced in the Examiner article. Drawing on his experience working with Hubble data, he said, “[H]aving seen stuff like this a bazillion times, I can tell right away this is what’s called an image defect.”

Another astronomer saw red flags when he read the Examiner article, and his opinions were published yesterday in an article entitled, “2012 Alien Invasion? Um, No.” on Discovery’s website (article removed by source).

However, the Examiner article and its claim about approaching spaceships was scrutinized almost immediately after its publishing on December 8th, and skeptics were quick to point out the non-existence of any Craig Kasnov at SETI on the website AboveTopSecret.com. So why did so many journalists and media sources decide to report on alien spaceships heading to Earth almost a month after the initial Examiner article was published? The December 22nd Pravda article is most likely to blame for giving people the impression that this was breaking news, but this is just another example of the media’s insatiable appetite for UFO-related news, and the lack of basic research before publishing a story.