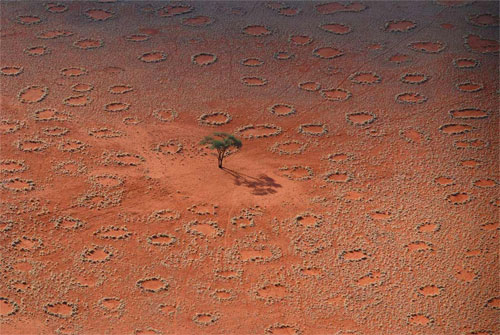 Mysterious rings on the floor of the Namib Desert in southern Africa have baffled scientists for years. But based on new research, scientists at the University of Hamburg think they have identified what creates this strange phenomenon.

LiveScience explains that these “fairy circles,” as they are known, appear in regular patterns and they can last for decades. Although these bizarre circles are a bit crop circle-ish, biologist Norbert Juergens of the University of Hamburg thinks that termites, rather than aliens create the circles. 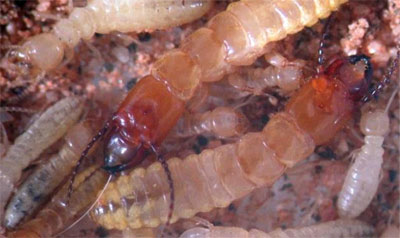 Dr. Juergens’ study was published in the journal Science.

Chemist Yvette Naude of the University of Pretoria, South Africa did not participate in Dr. Juergens’ study, but she told LiveScience that the study “is a useful addition to debating the origin of the fairy circles.” But she goes on to state that the study “does not address the key question as to what is the primary factor that causes sudden plant mortality, i.e. the birth of a fairy circle.” LiveScience suggests, “It is possible the termites don’t cause the fairy circles, but merely live in them.”

So although this new study supports the theory that fairy circles are caused by termites, questions remain, and a conclusive explanation has yet to be made.