A witness at Santa Tecla, El Salvador, reported watching and videotaping (video seen above) a sphere-shaped object that suddenly changed direction and moved out of sight, according to testimony in Case 61227 from the Mutual UFO Network (MUFON) witness reporting database.

The witness was outside taking photos of the sky at 5:37 p.m. on October 29, 2014, when the object first came into view and he began taking photos. 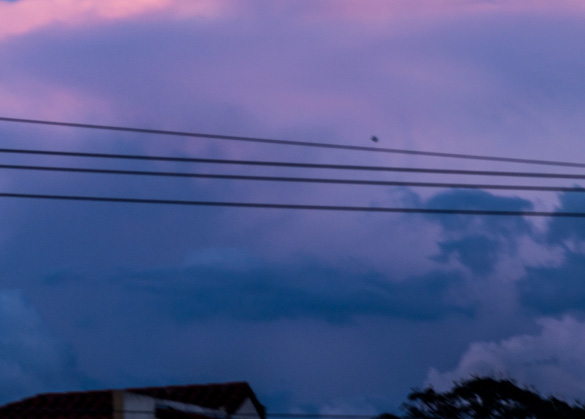 “When I noticed the object, I guessed it would be a helicopter,” the witness stated.“The object was coming infrom the south from San Salvador, but suddenly and slowly changed its direction to the east and I can’t see anymore because here it’s a residential area and other houses don’t let me see it anymore.” 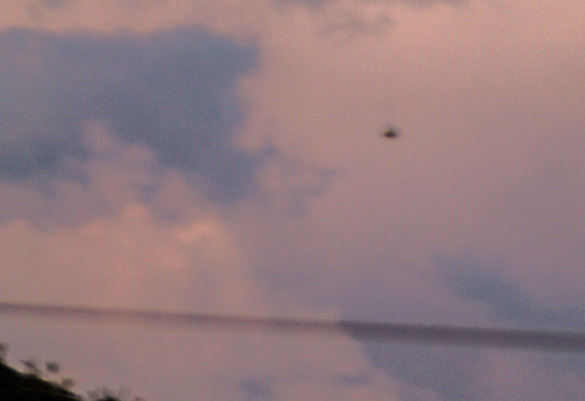 The witness was happy to have seen “a rare object” and filed a report with MUFON. 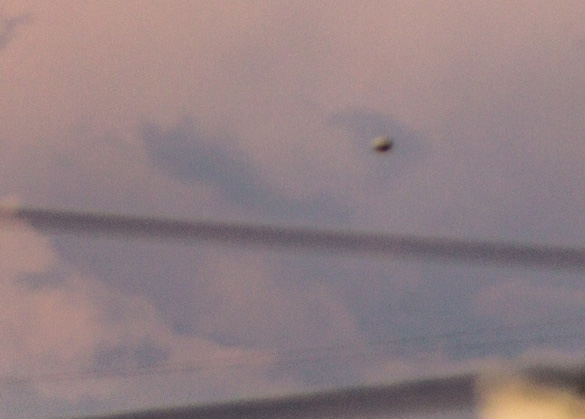 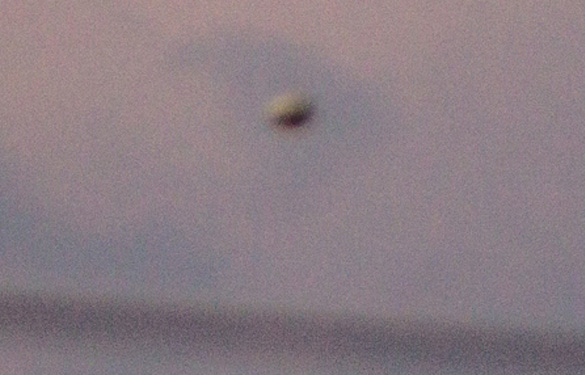 Enlargement of the object in witness image #3. (Credit: MUFON)

MUFON International Director of Investigations Chuck Reever investigated the case and closed it as an Unknown.