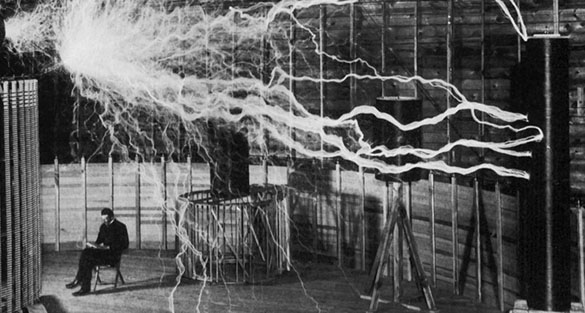 I had heard that Tesla and Marconi, the inventors of the radio, both had believed they had detected signals from aliens. Den of Geek asked me to write something about UFOs related to the new Amazon film The Vast of Night, so I immediately thought of looking into this deeper. The movie is about a couple of youngsters who detect weird signals over the radio and investigate a possible related UFO sighting. It is a great film. I recommend it.

When I began researching the story, I was surprised to see that there were not many articles on the Tesla/Marconi aliens signals and that Einstein and Edison had commented on the matter.

“Although I could not decipher their meaning, it was impossible for me to think of them as having been entirely accidental. The feeling is constantly growing on me that I had been the first to hear the greeting of one planet to another.”

I do get a sense of pride form this article. It is always great to document interesting history. I hope you enjoy it.