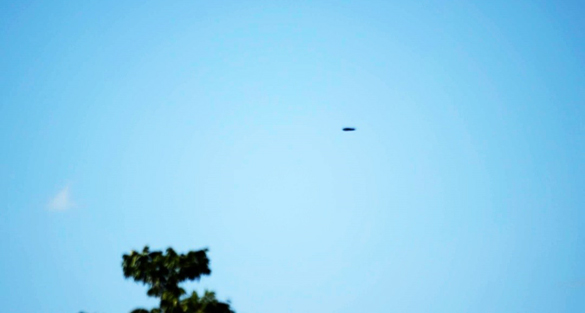 A Missouri witness at Lees Summit reported watching and photographing a disc-shaped UFO that made a rapid descent, according to testimony in Case 77979 from the Mutual UFO Network (MUFON) witness reporting database. 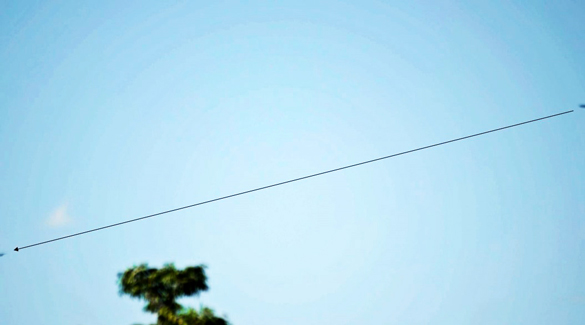 “I took a random video that lasted 39 seconds,” the witness stated. “At 15:28 DST – during the video a flat or possibly disc-shaped craft travelled from frame 18:35 to 19:05, or one-half of a second. The angle of rapid descent was at 14-degrees from the right side of the frame to the left. Nothing else was seen in the remainder of the video.”

The witness then analyzed the video.

“The angle of elevation when it entered the screen was 12-degrees, although it clearly came from much higher. The direction of initial view was 350-degrees or nearly north, and it disappeared from the camera view at 336-degrees or north-northwest– although it continued in a straight line ending at about 320-degrees or northwest where it likely ended its flight.” 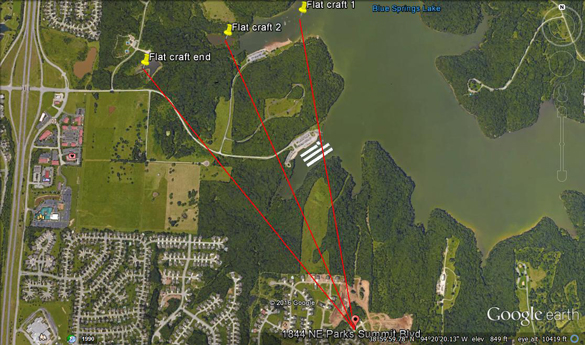 From right to left, location of entry, departure from view in camera, and the final descent location. (Credit: MUFON)

“It disappeared on the west side of Blue Springs Lake, interestingly, into another much smaller lake. Analysis: In 16 frames, the craft covered a distance of .3 miles in one-half of a second, which converts to 2,160 mph. Most likely it entered the small body of water, although not actually seen doing so. The direction of the 14-degree descent, by projection, ended northwest at 320-degrees. This small lake is about 1,600 feet west of Blue Springs Lake. The size of the object appears to be close to 15 feet when compared with the spheroid craft from MUFON Case # 61730.” 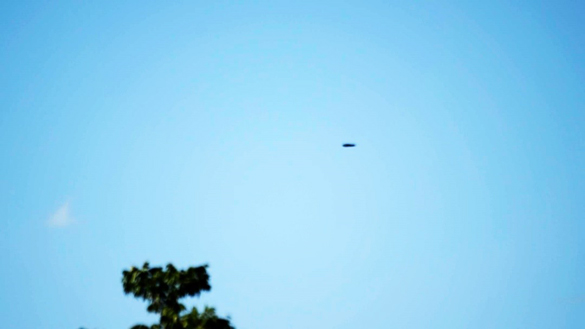 The case was investigated by Missouri MUFON and closed as an Unknown.

“The video evidence shows a craft flying at an incredible speed of 2,160 mph heading straight to the Earth within three-tenths of a mile,” Missouri MUFON stated in his report.“The physics of such flying make it impossible to do with known technology if it were a human vehicle. This makes it to be of unknown origin, and not natural or human made.The description of the movements of the object, its speed on approach to the land, and the video evidence are descriptive of an Unknown UAV.” 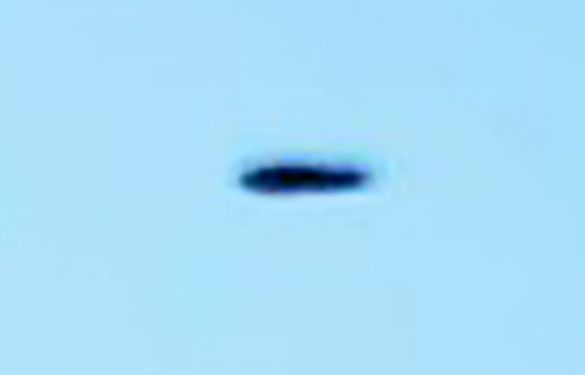 Editor’s note: The video was not uploaded to MUFON with the report, only the still images were included.