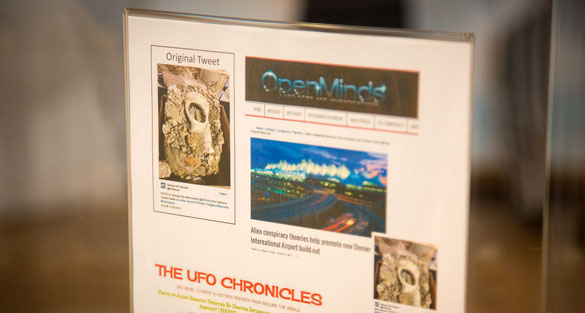 Conspiracy theories abound when it comes to Denver International Airport, a fact that the airport has embraced in recent years. So much so that they have recently installed a temporary exhibit that covers some of these theories and their prosaic explanations. It even features a story found right here on OpenMinds.tv. 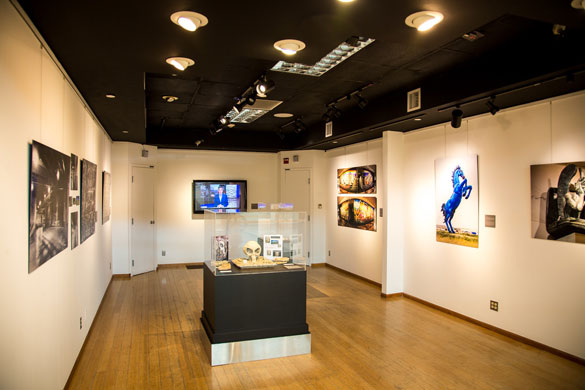 The exhibit can be seen here in the middle of the room on level 5 west of the Jeppesen Terminal near the north security checkpoint. (Credit: FlyDenver.com)

The exhibit is titled “Conspiracy Theories Uncovered.” If you are visiting the airport anytime soon, you can see the exhibit on the west end of level 5 of the main terminal.

The exhibit features video, artwork, props and more, explaining some of the most pervasive airport conspiracy theories and the ‘real’ explanations behind them. Visitors will enjoy a compilation of all things mysterious, sinister and strange having to do with DEN. This free exhibit is open 24-hours a day.

They also include several picture of it on the website.  In the first picture, a screenshot of a story on OpenMinds.tv is featured. 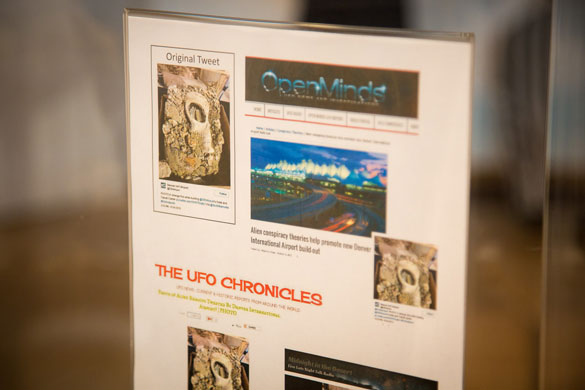 The display including the OpenMinds.tv story. (Credit: FlyDenver.com)

The OpenMinds.tv story featured in the exhibit was about a large event held to celebrate the midway point of the construction of a large build-out that included a new public plaza and commuter trains from downtown Denver. The event was held in October, 2013, and the theme was alien conspiracies. They tweeted about a secret alien bunker and strange findings to generate mystery around the event. 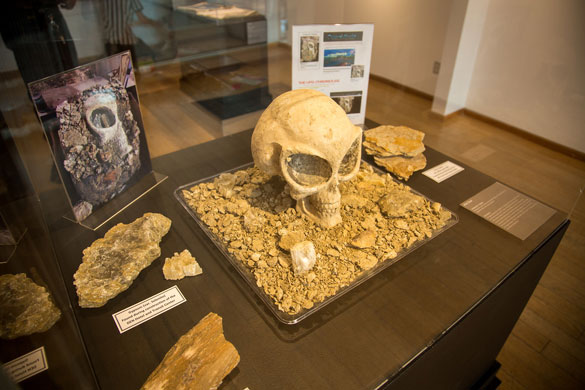 A close-up of the exhibit. (Credit: FlyDenver.com)

They even showed a video at the event of former mayors discussing aliens secrets. After we posted the story, airport PR personnel contacted us to make us aware of a video they posted on YouTube about the event. The video can be seen below. 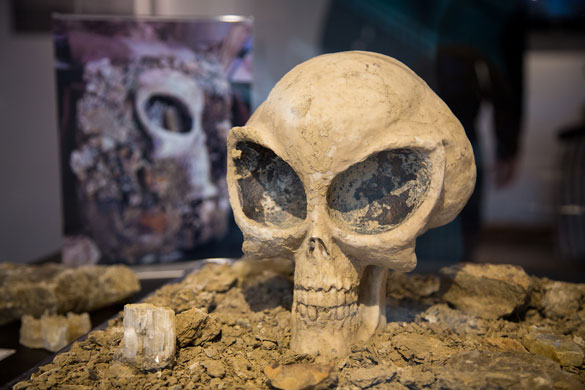 The strange findings tweeted in 2013 can be seen in the background of this mysterious skull. Scary. (Credit: FlyDenver.com)

Thank you to Jason Cordova for giving us a heads up on this story!