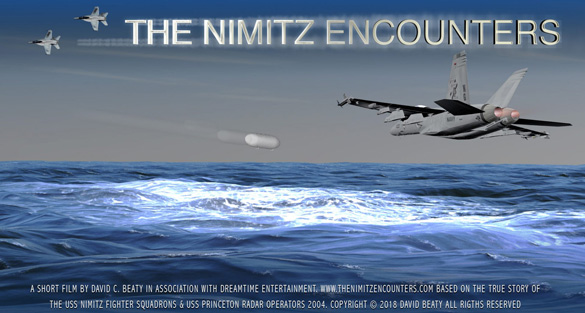 Open Minds UFO Radio: David is an Emmy award-winning filmmaker and producer. He has also had a lifelong interest in UFOs. Like many of us, David was excited about the news that the Pentagon had a secret UFO project. He was also excited about the extraordinary UFO encounter that was also featured in the New York Times article that broke the Pentagon UFO news. The encounter involved the USS Nimitz carrier strike group and occurred in November 2004 near San Diego. During training exercises a white object described as looking like a Tic Tac was spotted, jets went in to get a closer look, and then things got weird.

Some of the military personnel involved with the encounter have come forward since the NYT broke the story, including David Fravor, the lead pilot who got the closest look. As a filmmaker, David saw an opportunity to help tell the story by taking all of the details publicly available and recreating the encounter. In this episode, we talk to David about his inspiration to make the film, and the details and behind the scenes behind the film’s production.