Home / Articles / Dan Aykroyd serves as UFO expert on Larry King
Aykroyd was among a panel of scientists brought together to discuss Stephen Hawking’s recent statements on the possible malevolent nature of would-be cosmic visitors. 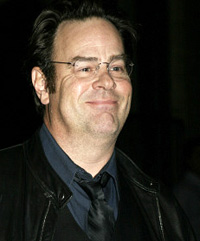 Dan Aykroyd was one of the guests on Larry King’s special last Friday, titled Are Aliens a Threat? Aykroyd was among a panel of scientists brought together to discuss Stephen Hawking’s recent statements on the possible malevolent nature of would-be cosmic visitors. Why include Aykroyd amongst astronomers and physicists? Not just because he is a famous and adored entertainer, but he is also a bona-fide Ufologist. He currently serves as the official Hollywood representative of the Mutual UFO Network (MUFON), the largest UFO investigation organization in the United States, and he takes it seriously.

Among the other debaters were theoretical physicist Michio Kaku, astronomer and author David Brin, and astronomer for the Search for Extraterrestrial Intelligence (SETI) Seth Shostak. The show started with Hawking answering a few questions posed by Larry King. Although of the group Dr. Kaku admitted he thinks ETs are out there and alluded to the idea that there may be something to some UFO reports, Aykroyd was the sole champion of the concept that ET may be already visiting.

When asked what he really believed, Aykroyd stated: “They are here, science should accept that they are here and look how they have come from a billion years in the future or the next dimension or wherever they are coming from. They have abducted people, but I say go SETI go, because maybe the nice ones will call.”

Aykroyd grew up in a family where paranormal topics were not so unusual, his grandfather, Samuel Augustus Aykroyd ,  was a mystic and a spiritualist. Much of Aykroyds intense interest in UFOs was captured in a documentary consisting of a very long interview with Aykroyd sharing his research and UFO history, titled Dan Aykroyd Unplugged on UFOs.  Produced by researcher, David Sereda, the two-hour video highlights the depth and experience Aykroyd has in the UFO field, enough to match many of the top UFO investigators in the field today.

In the video, Aykroyd shares how he got interested in UFOs in the first place. He says as a kid, he remembered seeing a Life magazine with a picture of UFOs over the capital building in Washington DC. The photograph was taken in 1952, the year he was born. During this famous sighting, Air Force jets were scrambled to chase the strange lights over the capital, but had reported to the media that the objects were too fast for them to catch. The young Aykroyd was fascinated by the story and the fact that no one knew what these things were. He asked his parents about it, but they did not have an explanation for what the objects might have been. 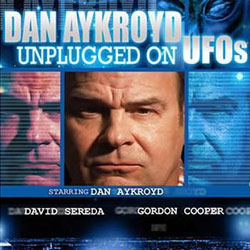 Adding fuel to his Ufological fire, young Aykroyd then saw the movie, The Day the Earth Stood Still. He felt it seemed accurate and still believes that. He feels if there is another species out there monitoring us, they would be seeing that we are destroying this planet and would probably be concerned.

Another compelling personal experience that Aykroyd shares in the documentary is a strange event that happened in the middle of the night in up-state New York in the mid-eighties. Aykroyd woke up in the middle of the night telling his wife “They are calling me, I want to go outside.” His wife asked who, and Aykroyd replied that something wanted him to go outside. His wife told him to go back to sleep, so he did. The next day Aykroyd says the media was reporting that all over upstate New York, Quebec, and Vermont, people had reported having this urge to go outside at three in the morning. When they got outside they saw a tremendous pink spiral above the great lakes.

Aykroyd even had a run in with the Men in Black. He told Sereda that during a television show shoot, he went outside to use the phone. He was actually talking to Britney Spears about being on Saturday Night Live. He noticed some guys in black suits standing next to a black car, Aykroyd looked away, and when he looked back a moment later they were gone. That was strange enough, but within a couple of hours, they were told to stop shooting on the project he was working on, which was a UFO program. They had been interviewing Dr. Steven Greer of the Disclosure project, who had amassed a large amount of credible witnesses to UFO, including retired military officers.

Beyond that, the documentary continues with the history of modern UFO research as told by Aykroyd. He also demonstrated his vast Ufological knowledge on the Larry King special, repeatedly mentioning important Abduction cases that have occurred, such as the Travis Walton case and Betty and Barney Hill; both cases of people reporting to have been taken aboard UFOs with substantial evidence backing their claims. He admitted that perhaps some of the fear around this subject is justified.

King finally asked Aykroyd if he believes that we are going to know the truth in our lifetime. Aykroyd said that he thinks there is going to be some sort of event that will probably open the public’s eyes, and it will probably happen soon, a sentiment that he also shared in the documentary. He mentioned that the day a rock concert of one million people has a mass UFO sighting, or some similar incident occurs, that officials will finally have to come clean with what they know so that we can come up with a plan to deal with it.

Whether or not UFOs begin to show themselves en-masse or not, Aykroyd is certainly a believer, and will continue keeping his eye on the sky. Just like most of the other UFO researchers reading this article, I just hope that one day I get the chance to sit at a table and talk UFOs with this legend of entertainment.