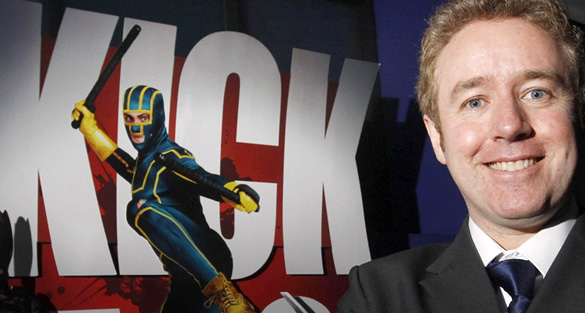 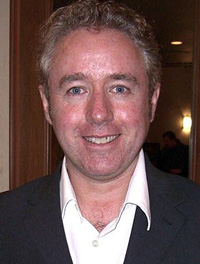 Famous comic book writer Mark Millar recently tweeted his sighting of a “huge glowing object,” over the town of Glasgow in Scotland. He says, “I am not saying this was a UFO,” but he doesn’t know what it was and he is not happy with the explanations that have been offered by other tweeters thus far.

Millar is best known for writing the comic books Kick Ass and Wanted, both of which have been turned into movies.

Millar is Scottish and currently lives in Glasgow, where the sighting apparently took place.

Millar tweeted that he spotted the object over his home town only an hour into the new year.

On January 1, he tweeted: “i (sic) know this sounds mental, but did anybody else see that huge glowing object over Glasgow last night around 1am? Only 1 mention online.”

He continued in another tweet, “We thought it was a firework at first but it never exploded & and just moved from South to North of city over 60 seconds. (sic)”

He further described the objects shape in the next tweet: “The weird thing was it looked like a wingless plane flying sideways, a wide tube. Like a rolling pin. We all watched open-mouthed.”

Some people in the twitterverse agreed that it did sound mental. Others suggested that what he saw might be a Chinese lantern. A tweeter posted a picture of some lanterns, and Millar agreed it looked similar, but was just one light and it was very close.

Millar did not agree with the lantern explanation, and tweeted so. He wrote: “This wasn’t a lantern. It went from Ayrshire to campsies (about 40 miles) in 60 secs. Passed right over us & we ran to other side of house.”

One tweeter said she might have seen the same UFO. Shell Reilly (aka @shellreilly81), tweeted: “I’m in Edinburgh and saw something the same about 12.30am. It shot left to right really fast – too low to be a plane.”

Millar did want to clarify that although the sighting mystified him, he was not disregarding conventional explanations. His last tweet regarding the matter read: “Note: I’m not saying this was a UFO. I think a test plane only explanation. Mach 9 is now possible after all. But odd to see.” 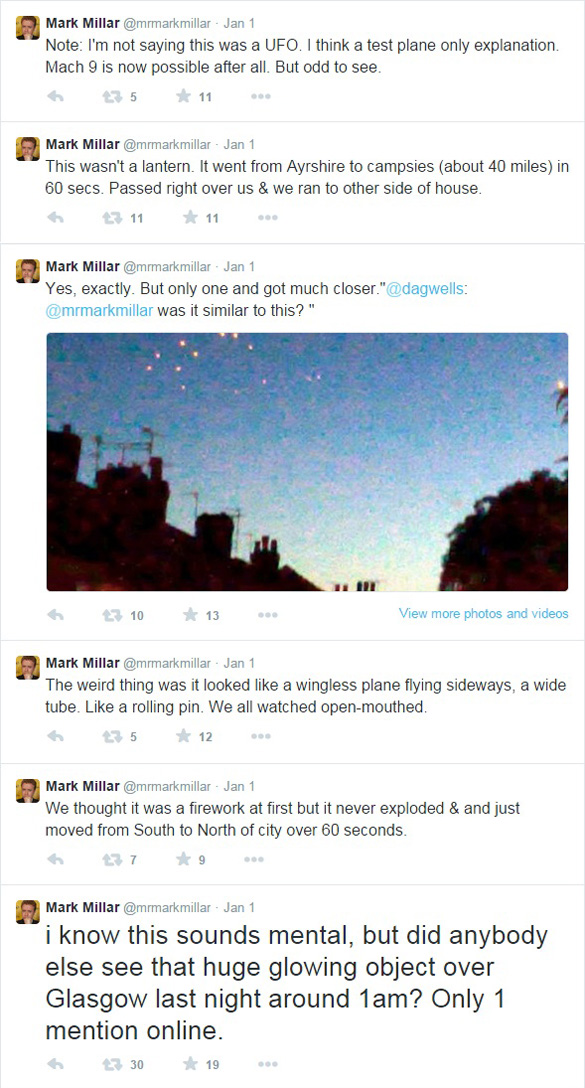 Scottish newspaper The Scotsman says they inquired if the local police had any UFO sighting reports around the same time as Millar’s sighting. They said they had not.