Home / Articles / The COMETA Report on Your Need to Know 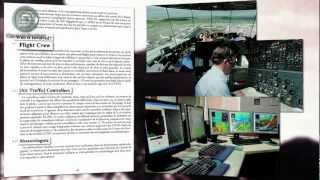 The COMETA Report on Your Need to Know

This next part in our new series, “Your Need to Know”, Antonio Huneeus examines the COMETA Report. The name COMETA in English stands for “Committee for in-depth studies”. This report was carried out over a several year period at the Institute of Advanced Studies for National Defense, or IHEDN, a high-level French military think-tank. The document is arranged in three different sections, giving detailed analysis of facts and testimonies from credible, well documented cases observed from around the world. Part two surveys our current knowledge base of the phenomenon and the different groups involved and how they work together. Part three deals with defense and the many implications that come with disclosure, hypothesizes who the Extraterrestrials are, and what situations we has a human race should prepare for. The report was presented to President Jacque Chirac and Prime Minister Lionel Jospin, and caused quite a media stir when it was released in 1999. Antonio Huneeus will continue to bring you reports on major documents that exist surrounding the UFO phenomenon; the next will be Project Blue Book.