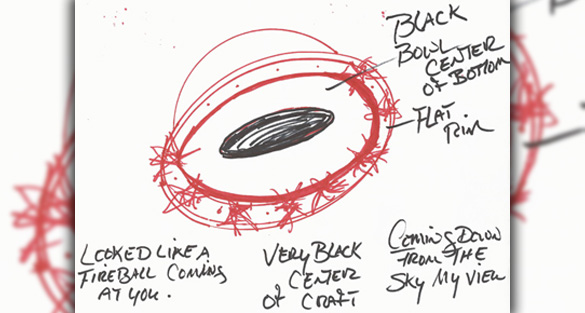 A Colorado witness at Commerce City reported watching “two bright red, disc-shaped” UFOs where one of the objects hovered over a neighbor’s house, according to testimony in Case 68220 from the Mutual UFO Network (MUFON) witness reporting database.

The event occurred beginning about 9:15 p.m. on July 15, 2015, when a husband and wife were watching television and the husband decided to step outside to repair a light.

“Something bright red came into view,” the husband said. “I saw it was disc-shaped. I ran into the house to alert my wife of what I was looking at. She got mad at me and came outside, looked up and said it was an airplane from the DIA airport and went back into the house.” 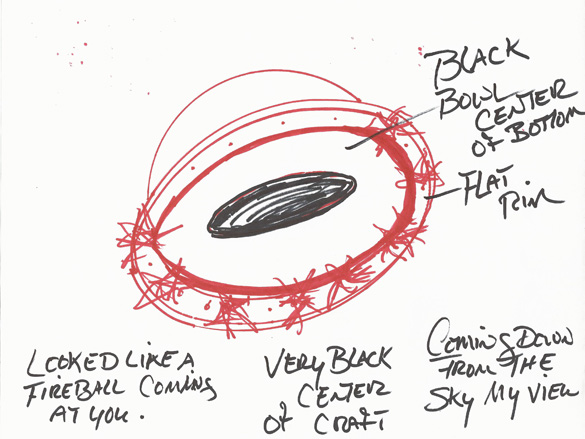 The wife also thought she may have seen nearby fireworks.

“Our house has lots of windows. When my wife yelled at me to come take a look at what she was seeing in the window – what she thought to be fireworks – one of the flying discs was right up close to the house. I saw it really well and joked with the wife and said it was an invasion.”

Then the object hovered closer to home.

“Then it hovered over the house for a while. My wife told me to go outside and get a better look. When I said no, she asked, are you afraid? Are you scared they will take you? I said, yes I am, and then I noticed two f16s and then the disc headed east and followed the other red disc at a great speed.” 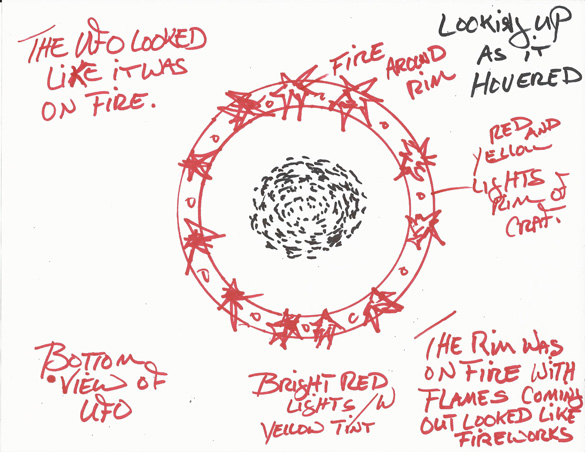 “Then I noticed two black copters headed in the same path – I was scared – yes. I was, wow, I hope we never see this again. But we will never forget what was seen.”

The witness tried to report the event to the Air Force.

“By the way, I called the Air Force and they laughed at me. I’m glad you people understand that they are here more and more and have been here for a long time. Thank you.” 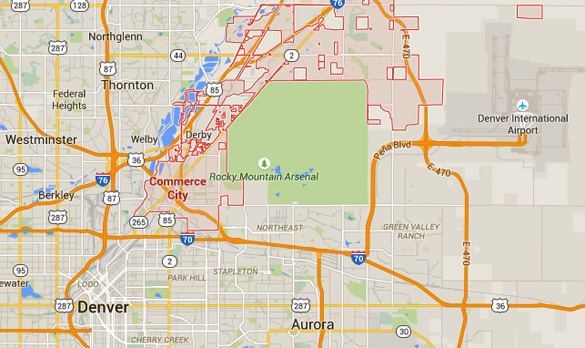 Commerce City is a Home Rule Municipality located in Adams County, Colorado, population 45,913. Please remember that most UFO sightings can be explained as something natural or man-made. The above quotes were edited for clarity. Please report UFO activity to MUFON.com.