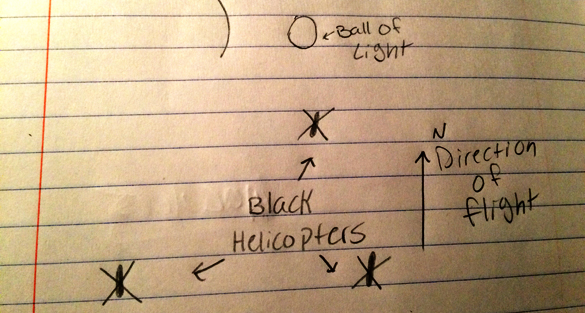 A Colorado witness at Fountain reported watching a sphere-shaped orb UFO silently moving at the treetop level followed by three black helicopters, according to testimony in Case 79232 from the Mutual UFO Network (MUFON) witness reporting database. 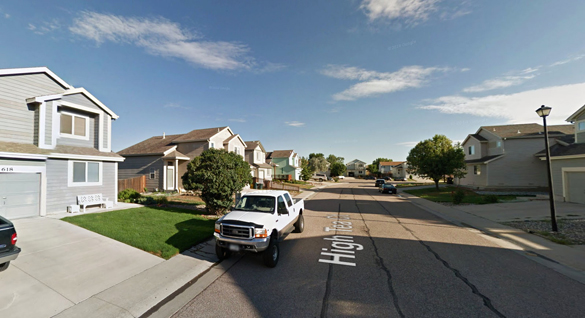 The Fountain, CO, witness looked to the sky after first hearing what sounded like an airplane. Pictured: Fountain, CO. (Credit: Google)

The witness had just pulled into his driveway on September 19, 2016, and was outside his vehicle when the sound of an airplane was heard overhead.

“Living by an airport I know that no flights came in so late,” the witness stated.“So I stood in my driveway to see what kind of airplane it was. Suddenly I see a white orb of light going over the roof tops and over the trees. Not far behind were threeblack helicopters in a triangle-shaped flight pattern following the craft at very high speeds.”

The witness kept his eyes on the unusual looking craft.

“The craft then made a left hand turn towards the mountains. That’s when I see one of the helicopters intercept the craft, getting in front of it. That’s when I lose sight of the craft over the roofs of nearby houses.” 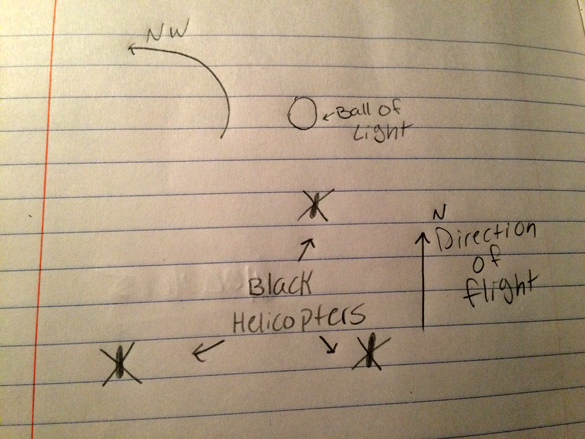 The witness stood to listen to the helicopters to see if they were still in the area.

“I know that this wasn’t an airplane or helicopter due to the fact that it had no blinking lights or defined shape, and made no sound at all.”

The witness attempted to capture the event on his cell phone.

“When I took my cell phone out to record video the sky was too dark. Beforehand, my cell phone was around 20 percent about a minute or two before I saw the craft. But when I took it out to try and record the video I noticed my battery life was on 2 percent.”

The witness is sure that the object was something unusual. 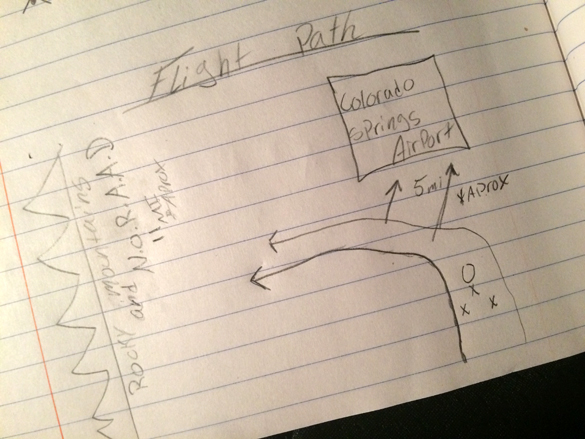 “I’m a very open minded person. I’ve seen threeUFOs in my life, so when I first saw the craft I looked to see a defined shape or lights which I seen neither. I know it was something strange when I saw the three black helicopters following. I could easily see the shape of the helicopters because of how clear of a night it was. I felt curious and wanted to follow the craft, but I know no one would believe me. That is why I reported it to MUFON.”

The witness included two illustrations with the MUFON report, which was filed on September 18, 2016.

Fountain is a Home Rule Municipality located in El Paso County, Colorado, population 28,846. Colorado Field Investigator Jeffrey Hastings is investigating. Please remember that most UFO sightings can be explained as something natural or man-made. The above quotes were edited for clarity. Please report UFO activity to MUFON.com.