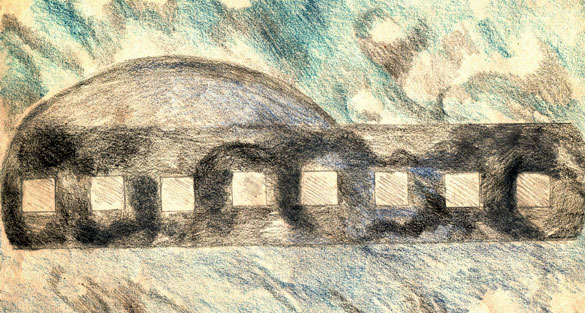 A Florida witness at West Palm Beach reported watching a silent, low flyng, cigar-shaped UFO that hovered in place before just disappearing, according to testimony in Case 65944 from the Mutual UFO Network (MUFON) witness reporting database.

The witness was outside walking her dog at Okeeheelee Park about 11:49 a.m. on May 29, 2015, when the object was first noticed. 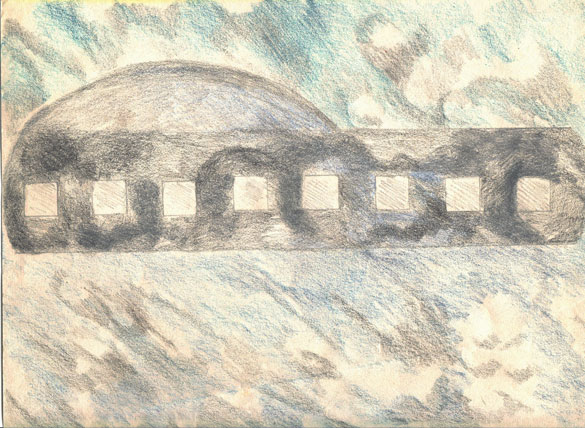 The witness drew this sketch of the cigar-shaped object with a dome on top. (Credit: MUFON)

“It was a very quiet morning,” the witness stated. “The sky was so beautiful because of all the different kinds of clouds and the weather was warm and breezy out of the east. I happened to look up towards the sky at 11:49 a.m. and saw this huge object over Okeeheelee Golf Course that is just to the east of where I was walking in the park.”

The witness tried to identify what the object was.

“I was thinking this is a huge strange kite? Blimp? I have seen many different types of planes, helicopters, blimps, drones, kites, etc. to know it was not anything like that. PBI and some heliports are not far from Okeeheelee Park, so you see aircraft every day.”

“The object was cigar-like in shape, but it had like a dome/bump on the top half of it. Also, it looked like a row of windows on the side. What was really interesting is that it did not move or make any type of sound. I was about 500 feet away; and for its size you would think you would hear sounds like aircraft make.” 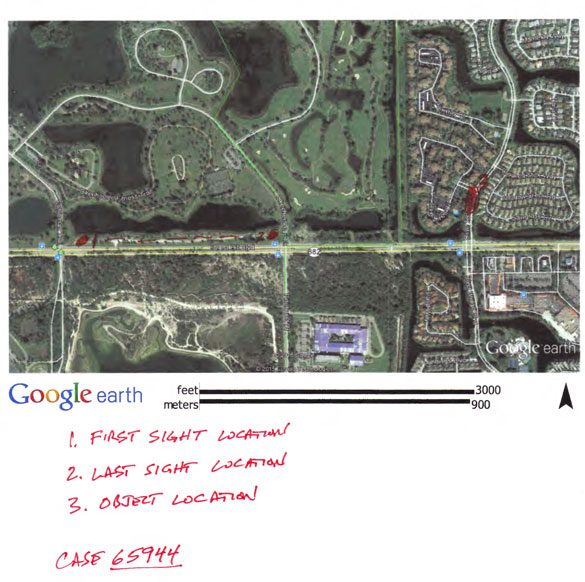 The witness provided this map showing the two points where the object was observed from and the object’s position. (Credit: MUFON)

The witness watched the object surrounded by clouds.

“I mentioned before about all the beautiful different types of clouds. Well it was like this object was reflecting off of clouds to make it almost camouflage-like if that makes any sense. The object was not in a cloud but many clouds were around it. So some shine to it, but also the dull gray of certain cloud colors.”

The witness is familiar with having to study shapes.

“I have experience using x-ray equipment at airport security so I’m very familiar with picking out shapes and objects.”

The witness continued on her dog walk, but was keeping an eye on the unusual object.

“I continued walking east towards the object with my dog and did not take my eyes off of it until we got to the point in the path where we turn left/north to head towards the parking lot and – proof – it disappeared.”

The witnesses’ dog seemed to be affected by the object.

“Also at this time my dog became very wary, upset, with his tail clamped down, curled up under him, and he starts pulling hard to the north. He wanted out of there bad! My dog does not behave like that normally. He loves the park. Something was upsetting him. There were no other people/dogs around or golfers on that part of the course. Ironically on the 28 of May I brought my camera to the park to take photos of the Poinciana trees in bloom…ugh. But I tried my best to capture the UFO in a sketch I did when I got home.” 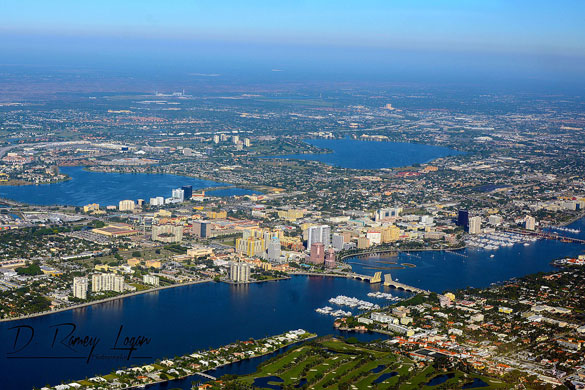 The witness attached one sketch and one area map with the MUFON report, which was filed on May 29, 2015. MUFON has closed the case as an Unknown.

West Palm Beach is a city in and the county seat of Palm Beach County, Florida, population 99,919. Please remember that most UFO sighting can be explained as something natural or man-made. The above quotes were edited for clarity. Please report UFO activity to MUFON.com.