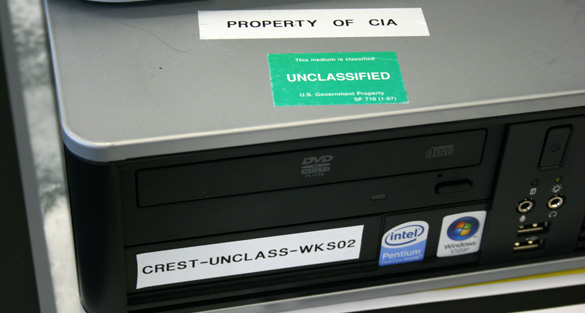 Examining and correlating the documents contained in three CIA sources (CREST, online FOIA reading room, FOIA by mail) is time consuming and frustrating. What has been learned from an examination of these files and other online resources is that the CIA policy of releasing UFO documents has been less than forthcoming and in at least one case the policy has been reversed. The problem that the CIA has run into in regards to the release of classified material is that when released the material is often collected by researchers and saved for future reference. In 2006 the New York Times revealed a secret reclassification program undertaken by the intelligence community of previously released government documents at the National Archives. At the time the program had been ongoing for seven years. 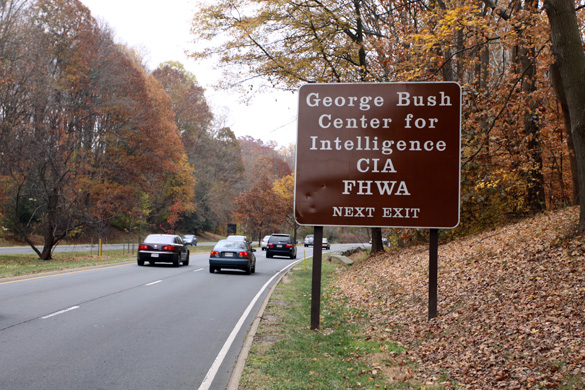 This appears to be the case regarding a UFO document that details CIA involvement with a documentary aired on CBS in 1966. Featuring veteran newsman Walter Cronkite as host, “UFO: Friend, Foe or Fantasy?” showcased the state of the UFO enigma in the mid-1960s with an emphasis on explaining the phenomenon in mundane terms. The documentary features interviews with two scientists who participated in the 1953 CIA Robertson Panel: Thornton Page and J. Allen Hynek. In fact, a letter from Thornton Page to Robertson Panel member, Fred Durant, explains that Page’s work on the documentary followed guidelines set out by the panel to strip the aura of mystery from UFOs. The letter written in Page’s handwriting states, “I remember Q Building and flying saucers well- – have used the latter to help teach astronomy students since 1958, and helped organize the CBS TV show around the Robertson Panel conclusions…” This letter is located in the Smithsonian Institution’s archives in the papers of Fred Durant, another Robertson Panel member and former head of the Smithsonian’s Astronautics Department. “Q Building” is a former site of the CIA Office of Scientific Intelligence located in temporary buildings near the Lincoln Memorial.

The CIA released two documents that mentioned the CBS documentary on the CIA Electronic Reading Room. One of these documents with the title “UNTITLED (BELIEVE ESTABLISHED AGENCY CHANNELS FOR FILM UFO-FACT OR FANCY)” is currently on the CIAs website. The other document “ORD FOR TRAINING NEEDS FILM UFOs FACT OR FANCY” was released but then at some point the CIA removed it in an apparent attempt to reclassify the material.

The document’s existence is known due to its having been catalogued by a UFO research website called “UFO Crash Site” The document was transcribed on the website and a citation at the bottom of the page notes the source of the document as a GIF file obtained from the CIA.gov government website: http://www.foia.cia.gov/docs/DOC_0000015239/0000015239_0001.gif. 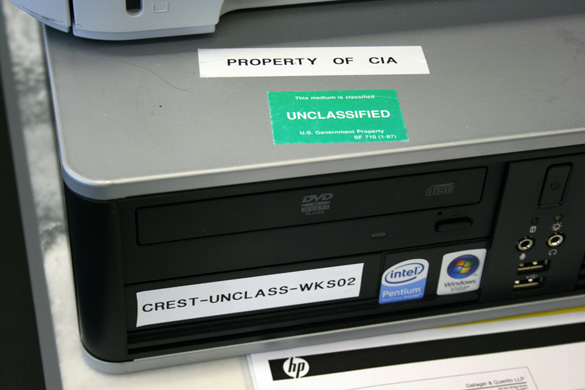 The document’s location online is now a dead link, but it does provide important information on tracking this now missing file. The GIF cites the CIA’s tracking number for the document which is 0000015239. Fortunately, the ‘UFO Crash Site’ website’s operator also saved a screen capture of the document which matches the style and phrasing used in the still available “UNTITLED Fact or Fancy” document. Both documents are originally dated from April of 1967, a year after the airing of “CBS Reports UFO: Friend, Foe or Fantasy?” and both have a release date stamp of November 17, 1978, which would be when the document was declassified. Another identifying file mark which ties the two memos is what appears to be a notation at the bottom right hand corner of both documents “D-#121” and “D-#122” which shows that they were filed consecutively. Many of the CIA’s “UFO collection” documents have this hand written marker with the letter “D” followed by a number within a circle.

It is unclear why there is a discrepancy with the film’s title in Agency records. Both CIA documents list the film as “UFO- Fact or Fancy” but the aired TV show was titled “UFO: Friend, Foe, or Fantasy?” There are three copies of this film in the National Archives Motion Picture Research Room, two of them in the records of the U.S. Air Force and one in CIA records. The U.S. Air Force titles for the film are: “UFO: Friend or Fantasy?” and “Friend, Foe or Fantasy” and the CIA’s title is “CBS Reports: UFO: Friend, Foe, or Fancy?” Keep in mind these are all the same film simply mislabeled. The CIA maintained the use of the word “fancy” in their descriptor. Perhaps the exact title simply wasn’t that important as the pertaining information would have been recognized that the film was a joint CIA/CBS News endeavor. Maybe “UFO- Fact or Fancy” was simply a working title.

The two documents concerning “UFO – Fact or Fancy” can both be tied directly to the CBS News UFO documentary, but it is the “ORD FOR TRAINING NEEDS FILM UFOs FACT OR FANCY” document which is the most damning and which explains why it was pulled from the CIA’s website and reclassified. The document clearly states: “ORD FOR TRAINING NEEDS THIRTY (30) DAY LOAN OF FILM – UFO-FACT OR FANCY – SPONSORED BY IBM AND RECENTLY SHOWN ON CBS”. This directly ties the CIA to both a technology industry giant and to a major national media outlet, indeed the first thing at the beginning of the documentary are the IBM logo and sponsorship information. The CIAs role in shaping news stories has been a black eye in the Agency’s history and highlighting such a relationship isn’t something that the CIA actively pursues. 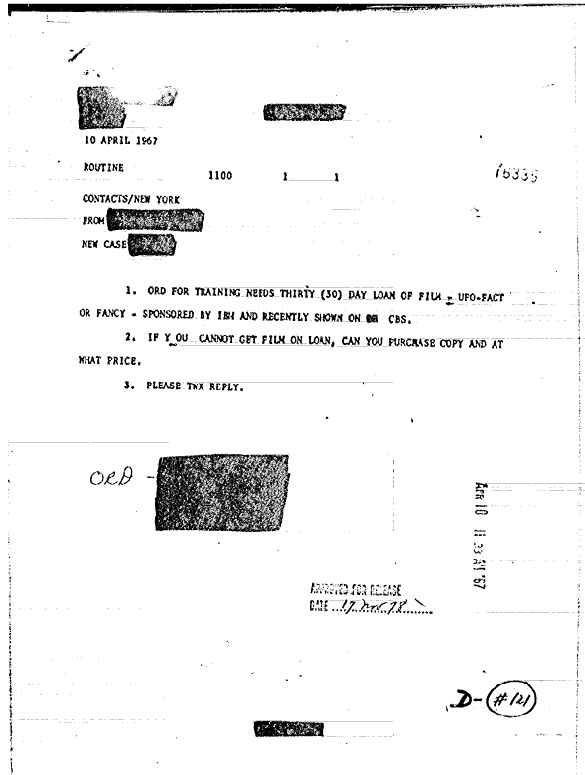 Document 0000015239 released by the CIA and then reclassified and pulled from the CIA FOIA electronic reading room.

A file list of documents available in the CIA Electronic Reading Room shows a gap between files 0000015238 and 0000015240 where 0000015239, the document concerning CBS, IBM and “UFO- Fact or Fancy”, should be located. Scrutinizing the other document numbers in this manner it is apparent that there are many more gaps, which at least in the case of 0000015239, proves that the document was pulled and reclassified. It is unclear if these missing files were reclassified or if those documents simply were not released at all. There are also several other CIA documents on the UFO Crash Site website which are no longer available online.

In an apparent attempt to cover up the existence of the document number 0000015239 the CIA has added insult to injury. It should be noted that the UFO documents on the CIA UFO Collection CD (obtained via mail FOIA request) also use the same document numbers as the FOIA Electronic Reading Room, but in the case of the UFO Collection CD, they appear directly on the document such as “C00015470”. Documents obtained through a written FOIA request also have these file numbers. Recently, a FOIA request mailed to the CIA Information and Privacy Coordinator asked for a document number “C00015239 concerning a film titled ‘UFO-Fact or Fancy’” In response the CIA mailed a copy of a document that they claim to be document number C00015239 with that number clearly located in the top left hand corner of the page. The document is heavily redacted and barely legible. The only real substance of the document is the phrase “WITH PERSONAL REQUEST TO INVESTIGATE UFO SIGHTED MOROCCO” and the “D” number “132”. Going back to the FOIA Reading Room documents and the UFO Collection documents it is clear that the document that the CIA claims to be C00015239 already had a file number which is C00015238, the document that directly precedes C00015239. The CIA simply found the closest document to the requested document (the document which had been reclassified and pulled from the CIA website) removed the original document number and replaced it with the document number requested thus creating two different file numbers for a single document. This misrepresentation performed by the CIA Information and Privacy Coordinator is a clear breach of trust between the public and a U.S. Government agency. 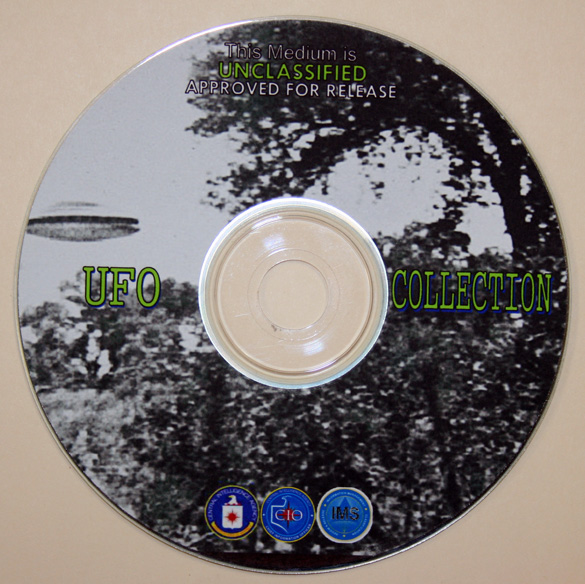 The Freedom of Information Act is a law enacted by the U.S. Congress meant to give the public a greater transparency regarding U.S. Government policy. It has been utilized by UFO researchers for just that purpose since its inception. The Central Intelligence Agency has never been a particularly trustworthy organization but it is still an Executive Branch agency beholden to the U.S. President and ultimately to the American people. The CIA claims it has released all documents pertaining to the mysterious UFO phenomenon, in at least one proven case they have reclassified previously released material making this information unavailable. Only the CIA knows which UFO documents have never been released and which documents remain classified TOP SECRET. The documents that have been released are in danger of reclassification, not to mention that in many cases these documents have been so heavily redacted and blacked out as to make the information almost completely useless. One can only imagine what information lies beneath the redactions. Transparency in government is a citizen’s right. But the CIA is in the position that knowledge is power and that a lack of knowledge disempowers those in search of the facts.