Residents in the Florida areas of West Palm Beach and Wellington observed glowing UFOs in the sky during the New Year’s weekend. According to the Palm Beach Post, these UFOs were likely Chinese lanterns set off by residents celebrating the arrival of the new year.

A Massachusetts couple vacationing in Florida also witnessed glowing lights in the sky on New Year’s Eve, but having launched their own Chinese lanterns in the past, they were pretty convinced that what they observed on New Year’s Eve were Chinese lanterns. The couple explained to the Palm Beach Post, “If you don’t know what the thing is, you’re going to think it’s a UFO.” 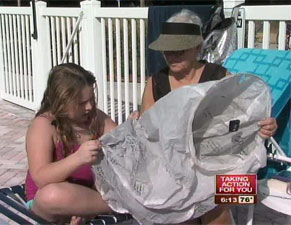 A grandmother and her granddaughter recovered a Chinese lantern in the snowbird community of Ridgewood in Ellenton, Florida. However, they say they found the lantern two days before New Year’s.