Hollywood loves the UFO/extraterrestrial theme. Movie plots frequently include ET characters, and, more times than not, these extraterrestrials are depicted as hostile towards humans. Two recent examples of this are the greatly hyped upcoming movies Prometheus and Battleship.

Filmmaker Ridley Scott, who brought us the Alien movie franchise, is behind Prometheus. The movie was initially planned as a prequel to the Alien movies, but eventually morphed into a different movie that happens to exist in the same “universe” as the Alien movies. According to the film’s synopsis on IMDB.com, the characters in Prometheus “fight a terrifying battle” against an unknown extraterrestrial foe “to save the future of the human race.”

Similarly, characters in the film Battleship are forced to battle an army of invading aliens in order to save the world. 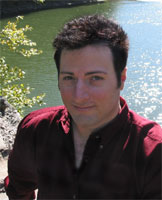 These two examples typify Hollywood’s favorite presentation of extraterrestrials. Although this cynical view of intelligent extraterrestrial life is likely flawed for a variety of reasons, Nick Sagan, son of famed astronomer Carl Sagan, explains the one issue he has with Hollywood’s alien invasion flicks–the humans always win.

What do you think about Nick Sagan’s comments about the likelihood of humans surviving an attack by extraterrestrials? We welcome your opinions on the Open Minds Facebook page.