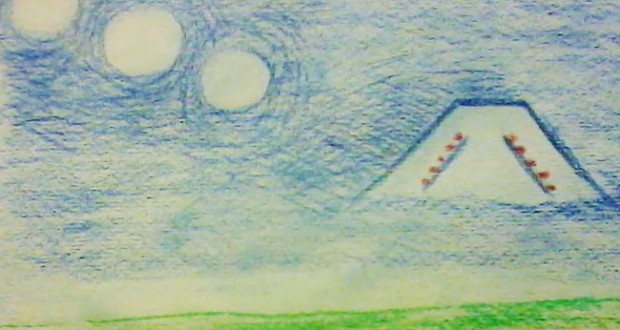 A California witness at Riverside reported watching a bright white UFO with dark blue edges that made no sound as it moved overhead, according to testimony in Case 60066 from the Mutual UFO Network (MUFON) witness reporting database.

The witness was sitting in a chair and meditating about 9:30 p.m. on September 22, 2014, when the object was first noticed moving in from a southeast direction. 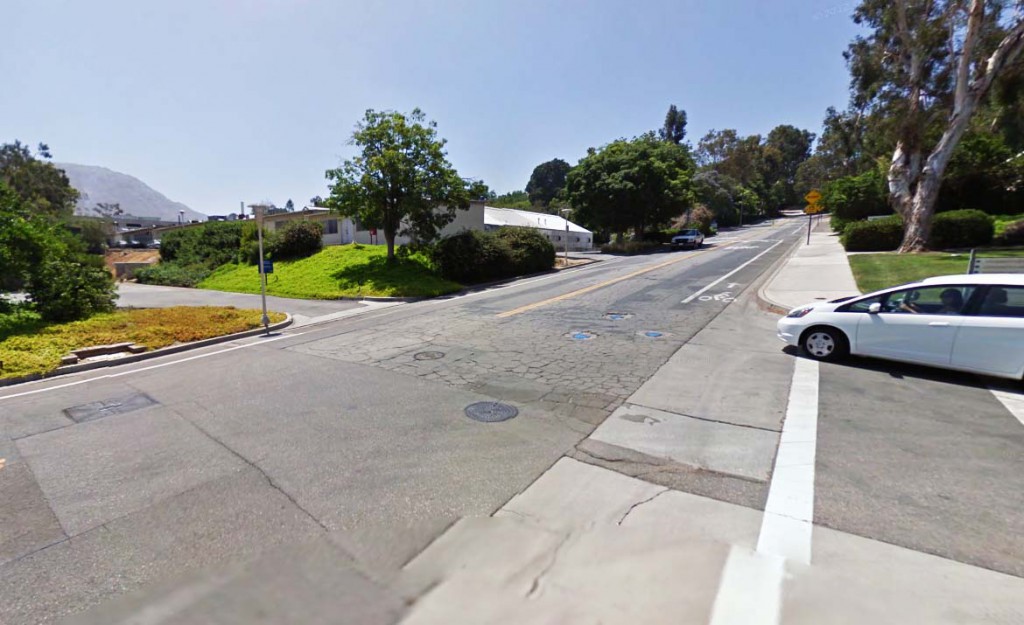 “From the south direction moving east towards where I was sitting, I saw a bright white, round light moving slowly,” the witness stated. “From the round, bright light came dark blue edges on each side with small red lights. It was very beautiful.”

“The object did not move for about 15-20 seconds. There was no noise. It did not fly off into the distance. It disappeared into a doorway in the sky and it was gone.” 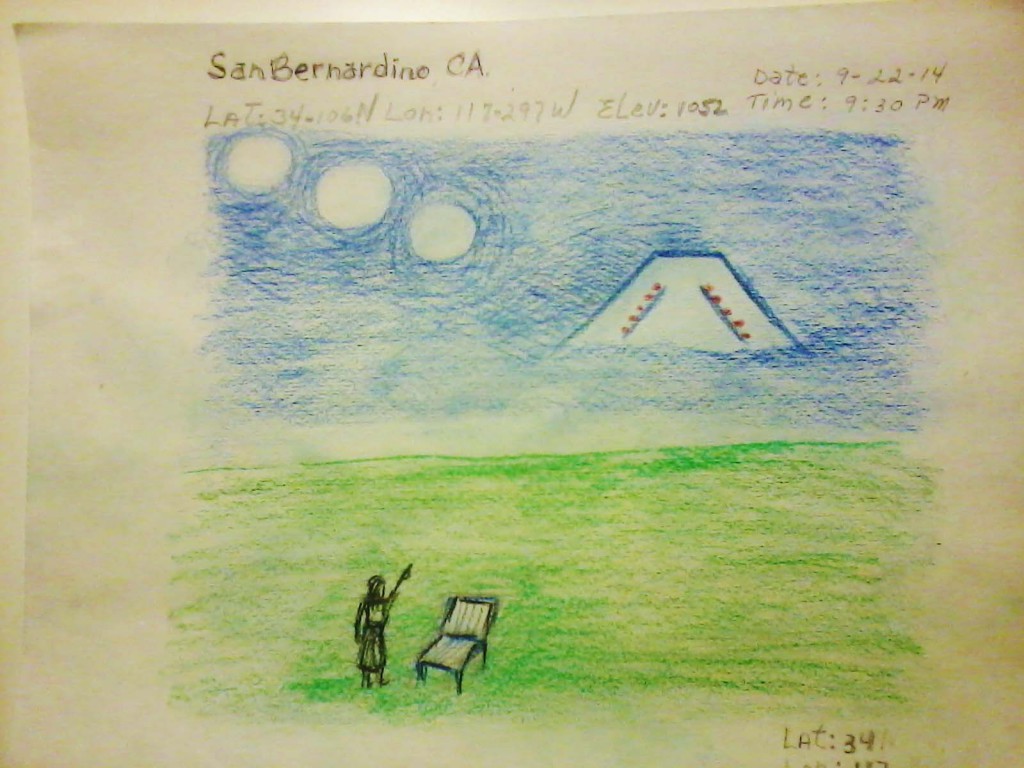 The witness included one illustration with the MUFON report, which was filed on September 25, 2014. California MUFON is investigating. California has a current UFO Alert Rating of 3 with a high number of recent reports nationally. California had 99 UFO reports in August 2014 – the highest reporting state. The above quotes were edited for clarity. Please report UFO activity to MUFON.com. 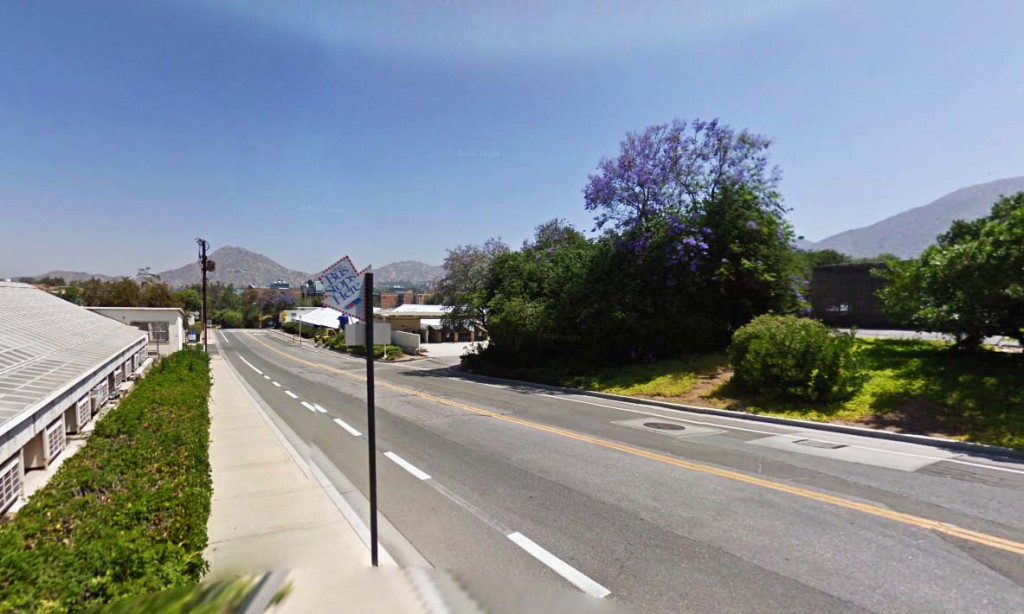 The witness said that the object did move away, but instead appeared to disappear into a ‘doorway in the sky.’ Pictured: Riverside, California. (Credit: Google)