A California witness at Dunnigan reported watching and videotaping a saucer-shaped UFO first seen about 40 feet off of the ground that rose into the sky and moved away, according to testimony in Case 60720 from the Mutual UFO Network (MUFON) witness reporting database. 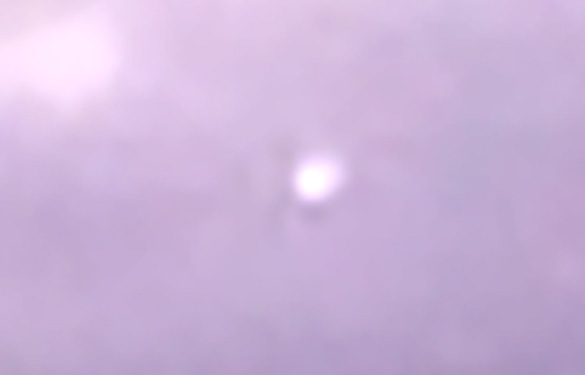 “I had thought the blinking light was a radio tower until I saw it slowly rising and noticed there was no pole beneath it,” the witness stated.

The witness pulled off to the side of the road and began filming the object with an IPhone 4 (seen above). 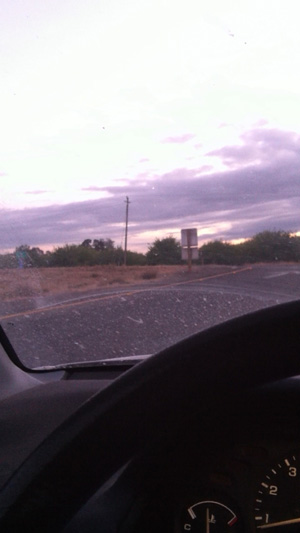 A frame from the witness video. (Credit: MUFON)

“At first the light was blinking through the clouds. About a minute and-a-half later, it had risen above the clouds and was slowly moving in the north direction over me. At this point, I was able to see the object in person.”

“It was a perfect black, saucer-shaped object with a bit of a triangular pointy tip in the front. By then, I was in shock. I felt like my brain was telling me no, yet my eyes were telling me yes. The scariest and most unbelievable part for me was the lights.”

The witness thought that the light formation was most unusual.

“The lights were blinking in a circular motion, one after the other, making a full rotation around the saucer, exactly like the ones you would see in a movie or cartoon. I was feeling anxiety by now, honestly wondering if it noticed me. The whole movement of the saucer was simple. All it did was hover in the sky from about 40 feet from the ground, until it was above the clouds. It hovered in a straight line. It’s hard to describe how far away it was from me, maybe about a football field away.”

The witness was able to describe details of the object.

“I was able to see the chiseling detail of the ship and the lights were picture-perfect clear. There was no blur. After about two minutes it was slowly gliding/flying/hovering over my car, close enough so I could see the bottom of the ship. I then turned off my camera and drove home.”

The witness now wishes he had stayed at the scene longer.

“I fully regret leaving so early as I wanted to see what it did next. Oh well, my mind was racing, I was in shock, and in disbelief. What I saw was not an airplane, nor a helicopter, nor anything average. I was watching this object sit in the sky for over a minute. It was a saucer-shaped ship, with a point. The lights were perfectly clear in person, and then moved around the ship similar to a casino light, or lights you would see in Las Vegas for example. Unfortunately, my IPhone 4 could not zoom in while recording, and I wish I had taken some zoomed in pictures of it, and it was a poor quality video. It was a beautiful thing to see, yet way too shocking and too futuristic for me to comprehend it correctly.” 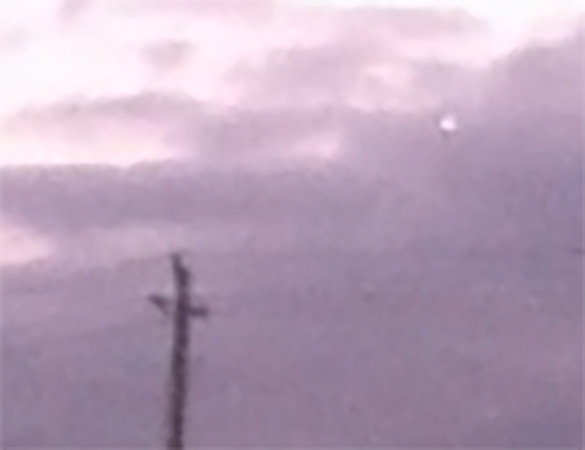 “The witness describes the object as about 40 degrees above the horizon and being a perfectly black, saucer-shaped object with a bit of a triangular pointy tip in the front,” Krubsack stated in his report.“The object had lights which were blinking in a circular motion, one after the other, making a full rotation around the saucer. The object hovered and rose in the sky from about 40 feet from the ground, until it was above the clouds. It was approximately a football field away. The witness states he was able to see some chiseling detail on the ship, and the lights were picture-perfect clear.”